The GMIT 2015 First Destination Survey surveyed 1,914 GMIT graduates between November 2015 and June 2016 via online survey, telephone survey, follow-up calls and LinkedIn. With a 93% response rate, the overall status of graduates was:

Of the number of graduates in employment, 92% of them are working in Ireland and of that figure 69% are working along the western seaboard.

Comparing figures, graduates (excluding unknowns) in paid employment increased from 49.72% in 2014 to 55% in 2015. This is in line with the national trend.

“Our increase is in line with the national trend of growth in graduate recruitment and reflects the increasing business confidence in the Irish labour market,” says Bridie Killoran, author of the First Destination Survey and GMIT Careers Officer.

“Not only is there an increase in employment amongst graduates but the research indicates that graduates are getting excellent jobs with prestigious companies. In addition, students have positively noted the impact of their engagement with the over 200 plus companies who visit GMIT annually.”

“The most prolific sectors of employment are in the Software and ICT Sector, Medical devices, Bio-pharma, Manufacturing, Engineering, Business and Accountancy.”

“Work placements are increasingly important for employers in terms of how they recruit their graduates. Employers use internships and work placements as a long interview and research has shown that 68% of employers said half their graduate intake came from students who had previously completed an internship within their organisation,” adds Ms Killoran.

GMIT Vice President for Academic Affairs and Registrar Michael Hannon says: “This report confirms that GMIT continues to produce employment-ready graduates who are in demand by business and industry. It also highlights that the majority of our graduates are obtaining employment in the local region which is good news as the majority of our incoming students are from the local region, as is the case in many other Higher Education institutions.”

For more information on the GMIT Careers Service, see: http://www.gmit.ie/student-services/gmit-careers 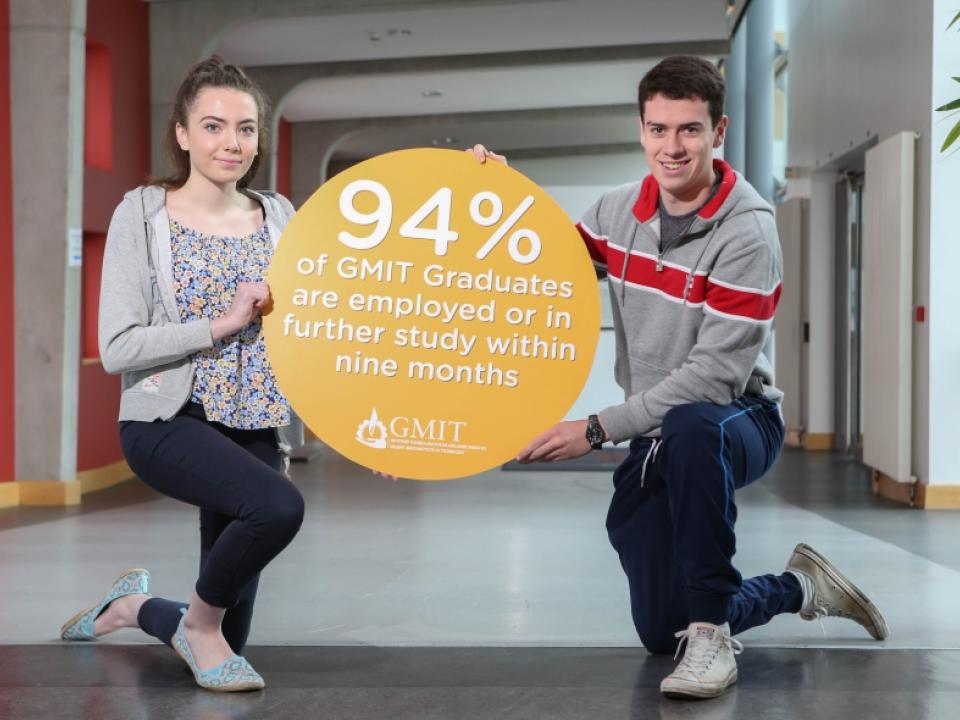