A student in the School of Business, GMIT, has won a one-week internship with the Supermac’s Management team, Galway, in ‘The GMIT Apprentice” which took place in GMIT Galway recently (Wednesday 6 March).

Paula McBride from Oranmore, a second year student on the Bachelor of Business programme, was chosen as the best student apprentice after her team won a four-hour challenge to raise the most money for a Galway charity.

Based on the well-known ‘The Apprentice’ TV format, two mixed teams of six lecturers and six students were pitted against each other to come up with the most productive and novel fund-raising initiatives, with proceeds going to the Alan Kerins Project and COPE Galway.

The teams were filmed throughout the day and the footage was played back to a packed audience, in GMIT’s Theatre 10000, who then judged the overall winner. Some of the funnier ways in which they raised money included a raffle for a date with a lecturer (one ticket sold) and organising a flash mob (staff and students danced Gangnam-style in the campus canteen). Over €1,500 euro was raised in less than four hours for the Galway charities.

“It has been one of the best weeks I can remember in the School of Business, with EU Commissioner Máire Geoghegan-Quinn having spoken at an Innovation event in the School earlier in the week followed by ‘The Apprentice’ event”, says Colm Kelleher.

“It wasn’t nice to have to ‘fire’ so many people as each of the 12 Apprentices did a fantastic job. We had a great time watching staff and students work together to solve what is a real business challenge and we were delighted to be able to assist the two Galway charities in this way. This event and this week will live long in our memories,” he added..

Supermac’s Managing Director Pat McDonagh says he looks forward to working with Paula: ” I am delighted that Supermac’s was given the opportunity to engage with the 40 year anniversary of GMIT. We have employed several graduates of the GMIT School of Business over the years and have always been impressed by the high standards that they have reached and, in turn, the contributions they have made to our business. We look forward to working with Paula and indeed the team at GMIT as we look towards the future!”

Paula McBride, a mature student who is engaged with one child, will serve her one week apprenticeship with the Supermac’s Management team in June this year. Speaking about her experience in the GMIT Apprenticeship event, she said she’s delighted to have won this excellent opportunity.

“Going back to full-time education after several years in sales & marketing wasn’t an easy decision. As a mature student it was difficult, time-wise, being a mother. However, inspired by my father saying ‘there is no such thing as a recession only a wasted one’, my decision was copper fastened. It has been the best thing I have ever done. I look forward to working with Supermac's and putting what I have learned in my degree studies into practice.” 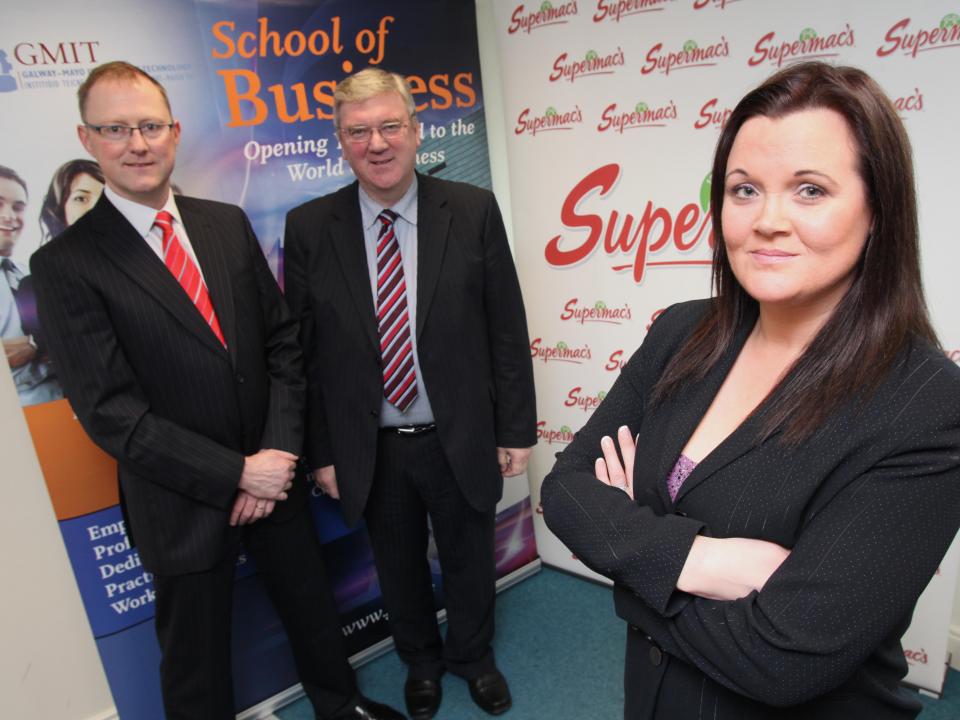 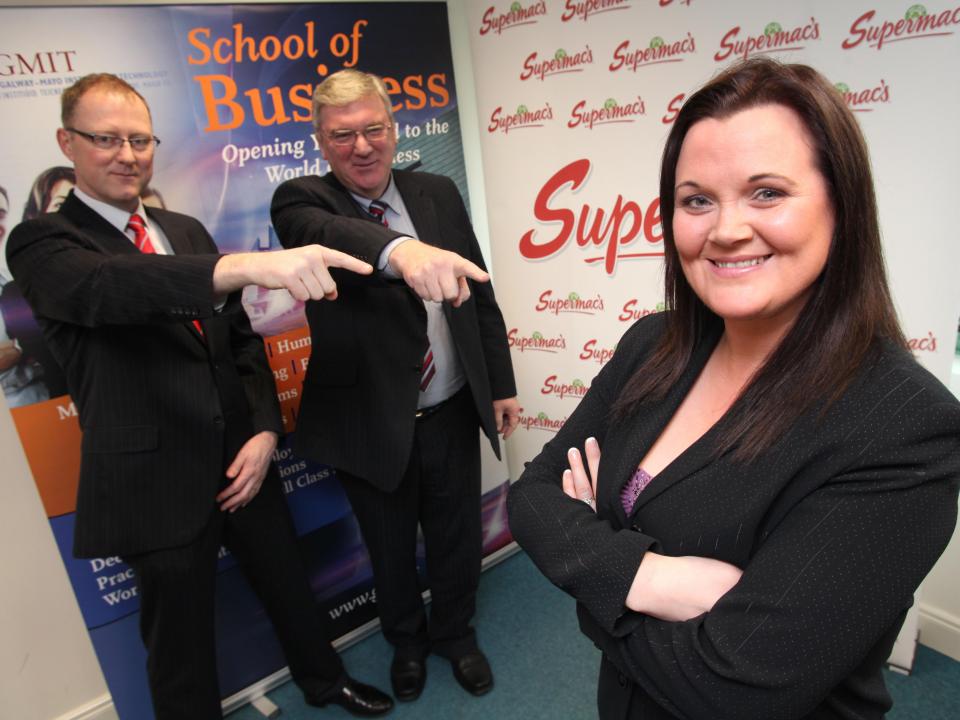 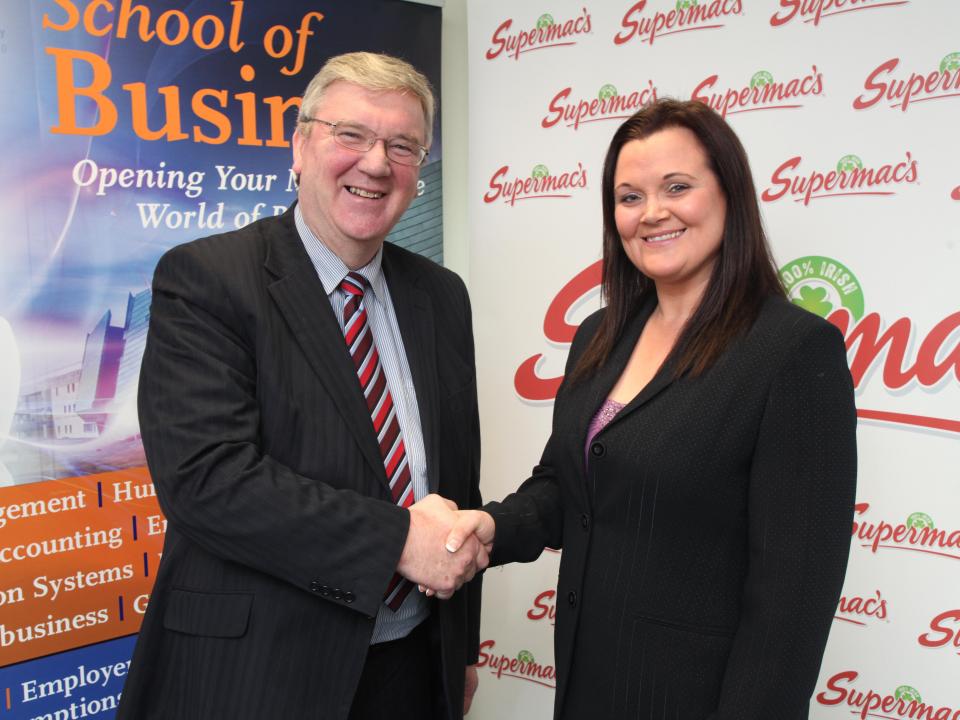 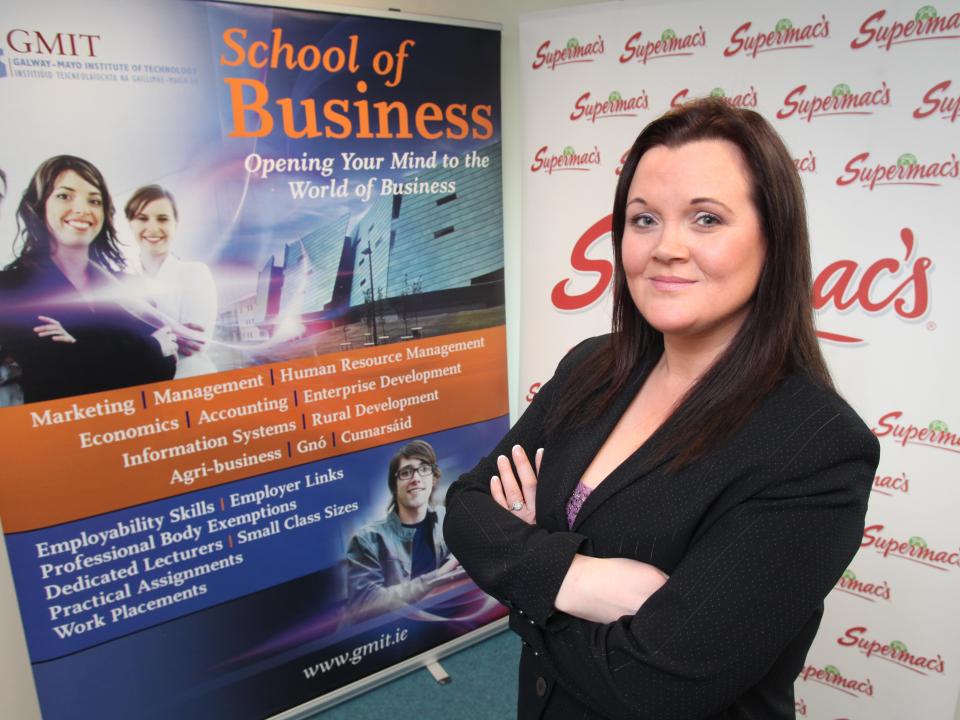 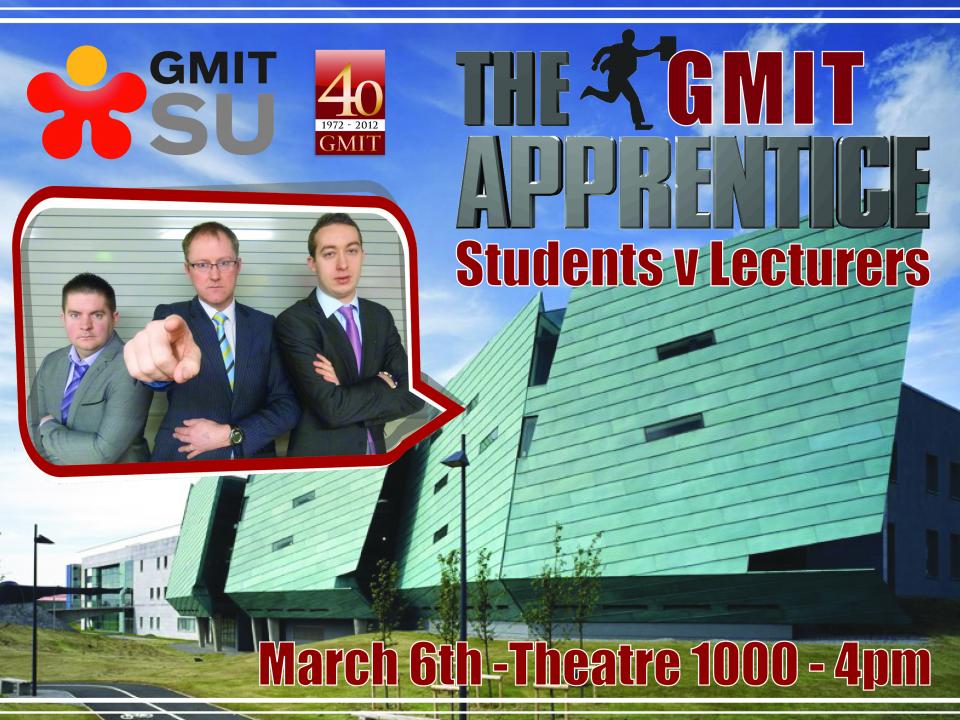