Trending at number one in the overall Irish iTunes chart, GMIT Voices and The GMIT Student Choir with special guests Scoil íde Children’s Choir are at present riding high and full of Christmas spirit with their magical cover of Home Alone’s 'Somewhere In My Memory'.  After releasing the charity single in aid of Galway Hospice just last week, the college choirs are said to be thrilled with its recent success and are hoping to maintain their top 20 place over Christmas. They have even knocked Mariah Carey’s ‘All I Want For Christma’s’ from the top spot in the Irish Christmas chart.

“We had no idea this could happen and are delighted. GMIT Voices (the staff choir) & The GMIT Student Choir only formed in February and September of this year respectively and what started out as a Christmas project uniting the two college choirs has become so much more,” said Sean Rowland, director of the two choirs.

Filming a professional video to accompany the song, the choirs reached out to the talented Scoil íde Children’s Choir, Salthill, to join them on the live recording which took place in GMIT  and also decided to offer all proceeds to Galway Hospice (over €1000 raised as of Saturday 14 Dec).

“We wanted to reach out to the community and spread some Christmas joy. Getting to number one in the iTunes chart is the icing on the Christmas cake and we just want to thank everyone for their support” concluded Sean.

The single is currently ahead of artists such as Taylor Swift, Picture This, Harry Styles & Lizzo. The video can be viewed on from GMIT Voices Facebook page & YouTube and if you would like to support Galway Hospice 'Somewhere In My Memory' can be purchased and downloaded from iTunes.

The Single can be purchased and downloaded here
http://itunes.apple.com/album/id1490732333?ls=1&app=itunes

Sean Rowland, Musical Director of GMIT Voices & The GMIT Student Choir, can be contacted at: seanrowland8@gmail.com 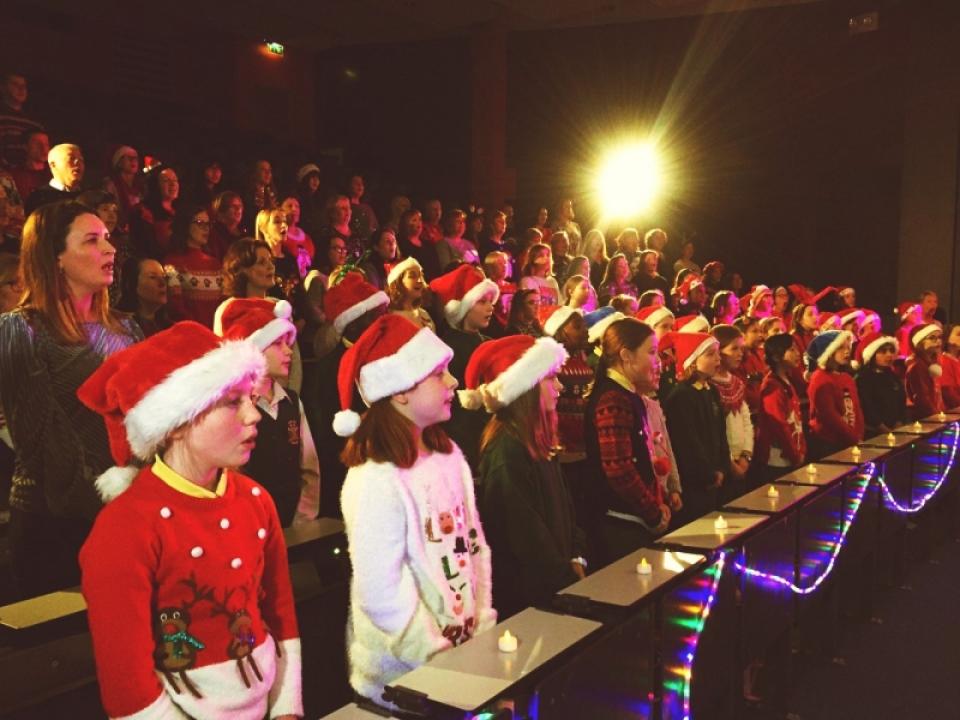