Two schools now through to nationals final in Birr (18 April)

The winners of the West of Ireland CanSat Final held in GMIT on Friday 27 February were Team Sputnikí Mhóinín from Galway Community College, Galway city, and Team Sat AthaRi from GairmScoil Mhuire, Athenry.

CanSat is an exciting European Space Agency Competition, where secondary school pupils work in teams to build and launch miniature satellites. It involves computer hardware and programming with wireless communication and mechanical design.

The regional competition was organised by GMIT's Departments of Mechanical and Industrial Engineering and Electronic and Electrical Engineering. CanSat is co-ordinated in Ireland by Science Foundation Ireland's ESERO group

Dr Paul O'Dowd of GMIT's Mechanical and Industrial Engineering Department, says: "CanSat is an example of the kind of practical technology project that our GMIT Engineering and Science students thrive on. They get a chance to build something tangible and see it work.”

“GMIT wishes the winners the very best of luck in the Irish Competition in Birr next month (April 2015) and hope that one of them will go on to represent Ireland in the European CanSat final in Portugal in June 2015."

This year, eight teams from six schools took part in the competition. Pupils launched their satellites from GMIT hexacopters, collected and analysed data, before and presenting their mission findings to a panel of judges.

Each team was mentored by an engineer from industry and a GMIT Engineering student. The joint-winners, Sputnikí Mhóinín were mentored by Liam McDermott from Avaya and Darragh Creaven from GMIT. Team Sat AthaRi's mentor was Jonathan Hopper from Schneider-Electric, along with Ronan Watkins and Darragh Moran of GMIT.

The judges were Peter Waldron of Intel, Shannon, Stephanie O’Neill of Science Foundation Ireland, and Brenda Cooper of Horner APG.

Emer Cahill of GMIT's Electronic and Electrical Engineering department says: "Special credit is due to the busy engineers who fitted the CanSat event into their schedules, and the motivated teachers who took on this challenging project. The students, lecturers and industry mentors have helped the pupils along since October."

The other GMIT Electronic and Energy Engineering students who mentored schools as part of their Civic Engagement activities were David Kenny, Daniel Wasil, Kevin Smith, Shane Hennelly, and Aaron Joyce.

A team in GMIT tracked the progress of the schools using online video conferences. The Engineering School also provided hands-on and online video training modules. Cork Electronic Industry Alliance provided a training day for teachers as part of the support package. Each school team visited its industry mentor's site and made presentations to company staff.

Dr Carina Ginty, GMIT's Schools Liaison Officer, says "There was great fun in GMIT as the students battled against last minute hitches, came up with ingenious solutions and to put together presentations of an exceptionally high standard. They were a credit to their schools who will be rightly proud of them." 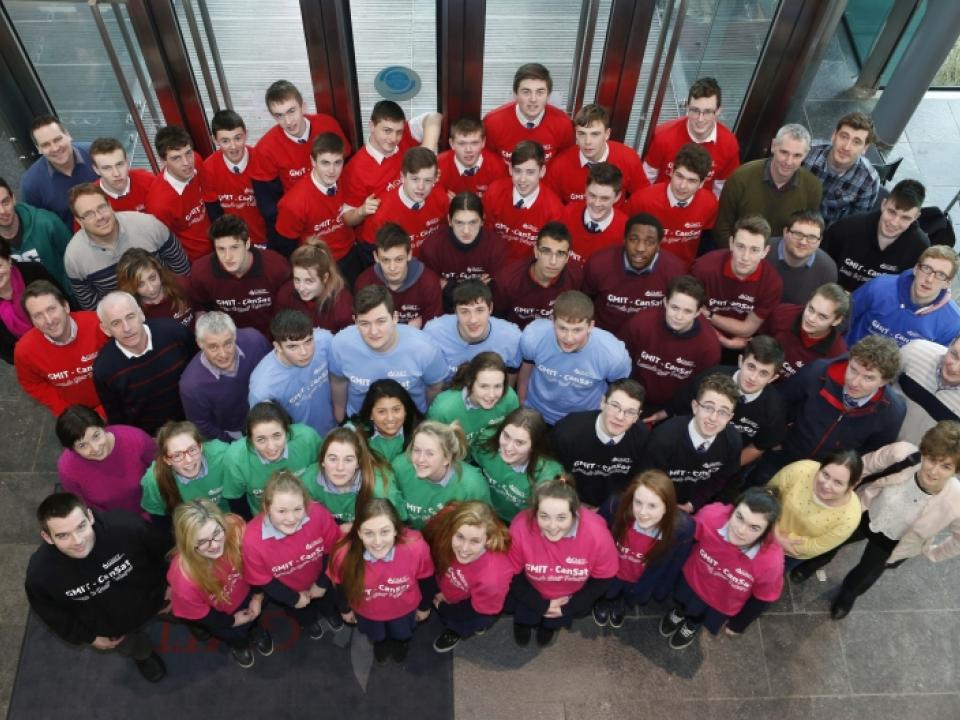 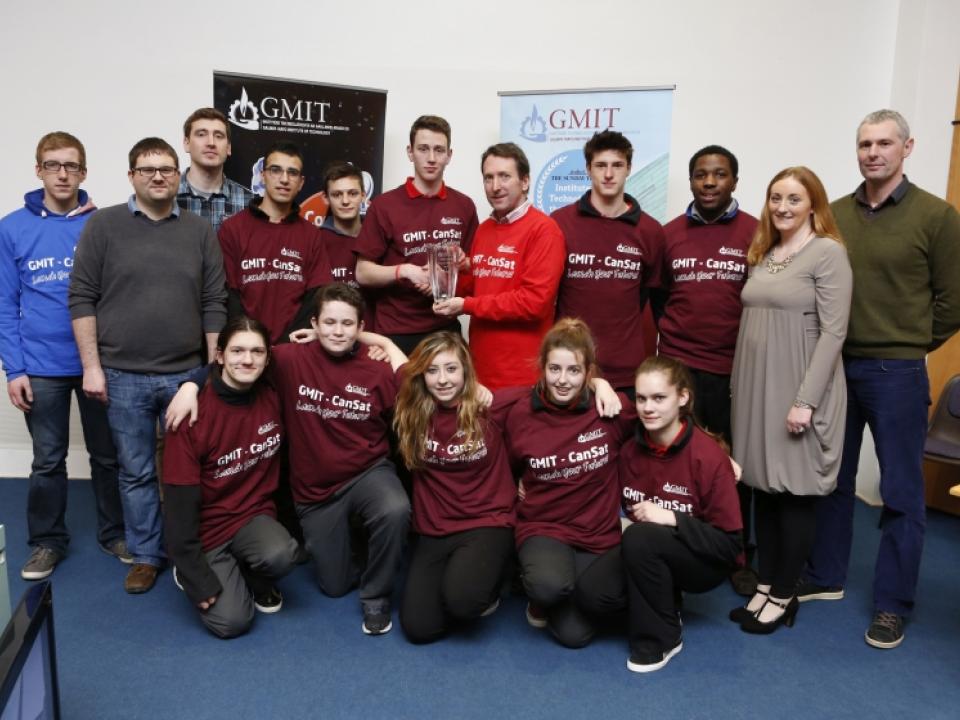 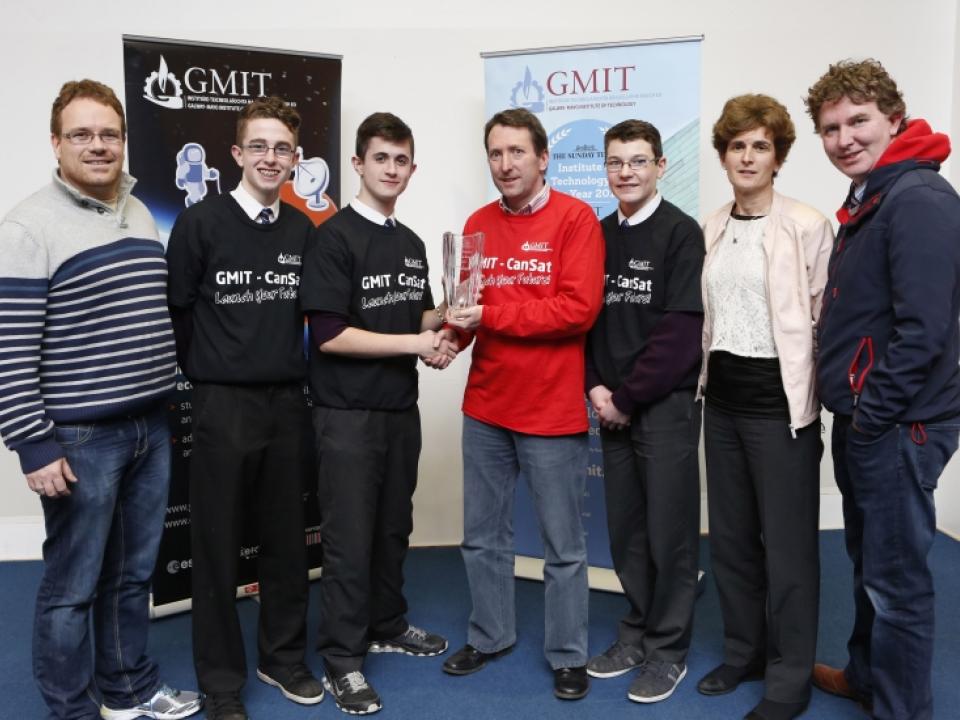 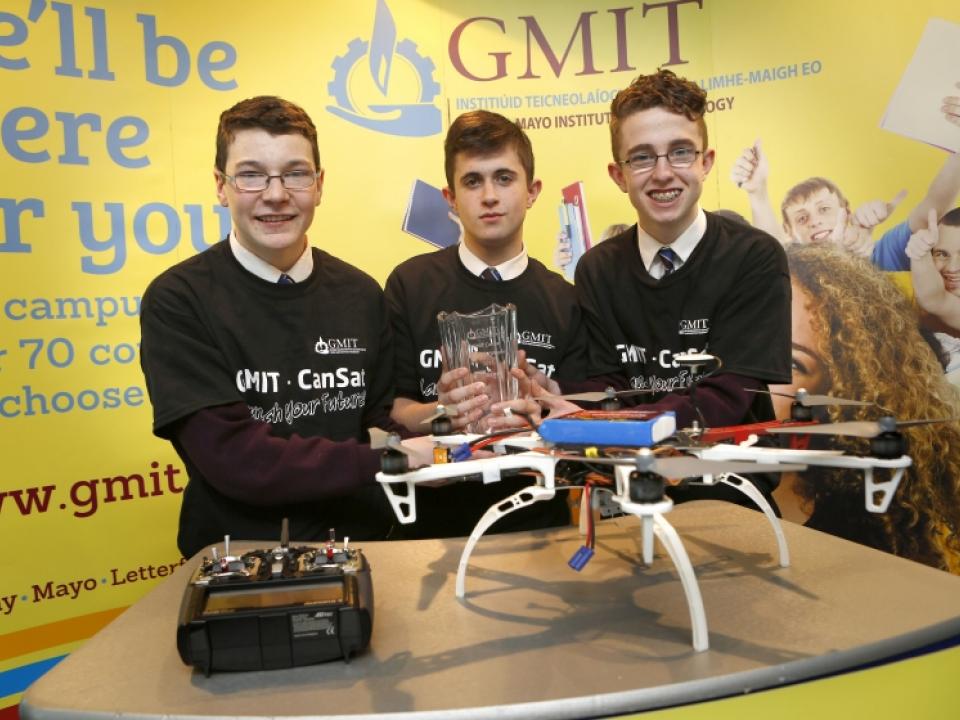