Galway-Mayo Institute of Technology (GMIT) has conferred Honorary Fellowships on award-winning journalists, authors and film makers Sally and John McKenna for their significant contribution to the food industry in Ireland.
The McKennas are well known across Ireland for their annual guides, 100 Best Restaurants and 100 Best Places to stay in Ireland, and the Bridgestone Guide.

The McKennas’ work began in the late 1980s with the development of the Irish Food Guide which was sponsored by Bridgestone Tyres for over 20 years and often informally referred to as the Bridgestone Guide. In the 1990s John McKenna wrote for The Irish Times while Sally pursued a career as an author and film maker. Both worked tirelessly across this island to support emerging chefs and food producers and many an award-winning chef has confirmed how the McKenna’s reviews and support enhanced and often saved their business. Their most recent publication, ‘Ireland – The Best’ published in March 2018, has been a phenomenal success highlighting the best places in Ireland to stay, eat and drink whatever your budget.

Cáit Noone, Head Galway International Hotel School and Vice President for International Engagement at GMIT, reading the citation at the Fellowship ceremony, said: ‘The McKennas would suggest good luck has powered their work over three decades however I would suggest much of their success is down to their humility, approachability and the genuine love they both have for all aspects of Irish life but particularly food, music and family. When writing their citation, I had much support and input from Galway’s European Region of Gastronomy Ambassador JP McMahon and Irish Time’s commissioning editor Rachel Collins. In addition, leading celebrated chefs and authors Neven Maguire and Paul Flynn all provided invaluable insights into how the McKennas have supported emerging food businesses across and continue to push all of us to improve our knowledge and commitment to a sustainable and relevant food culture across Ireland. Over a decade ago the McKennas wrote of the emerging food scene in Galway and declared Galway was the food capital of Ireland. Their support was a significant catalyst in the region moving forward with an application to become a European Region of Gastronomy, a designation the food community of Galway successfully won and manage”

“Sally and John have provided much support at GMTI events and  activities over the years including working with the GMIT team at the annual Connemara Mussel Festival, working with Galway International Hotel School students at the annual Electric Picnic Theatre of Food and supporting the many food forums and symposiums the school frequently organize”.

Accepting the GMIT Honorary Fellowships, Sally and John McKenna expressed their gratitude: “We are delighted and inspired to have been awarded the Fellowship. It has been a privilege to have documented Irish food over the last three decades and a thrill to see food writing honoured in this way. We have always worked closely with GMIT and we admire their ethos; it is wonderful to have forged this special link with the college”.

The McKennas live in west Cork and were joined at the ceremony by their three children, Connie, Sam and PJ. The Fellowship ceremony took place at the Galway International Hotel School annual  conferring session in The Galmont Hotel on Friday 16 November 2018. 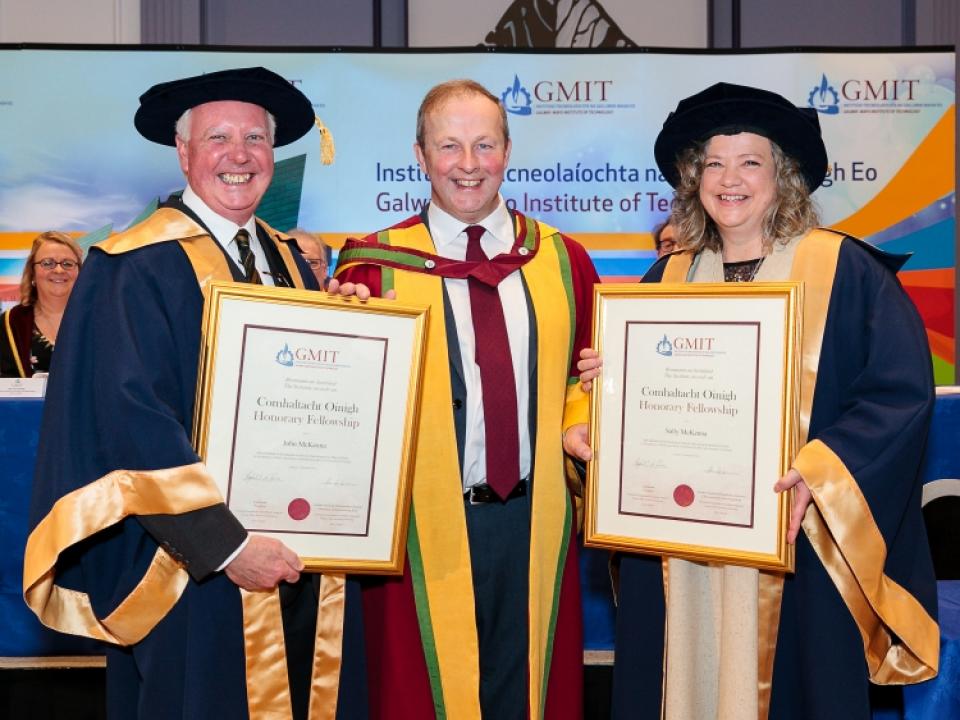 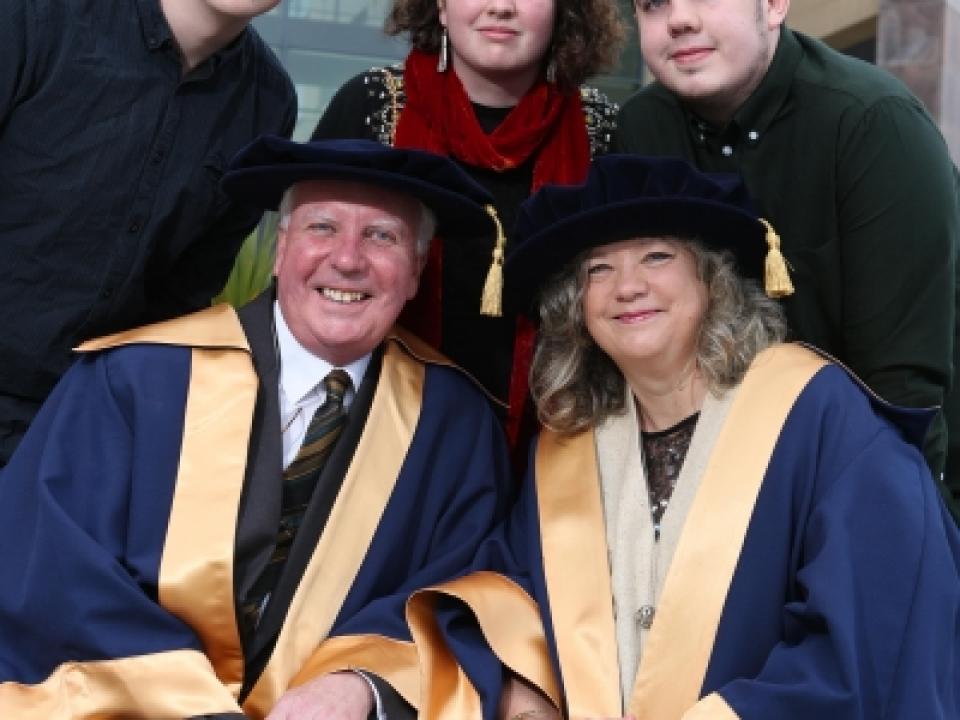