Over 40 staff and retired staff from GMIT campuses in Galway and Mayo and guests from the Technological Higher Education Association (THEA) took part in Zoom rehearsals over the past four weeks, submitting their videos to choir master and musical director Seán Rowland to combine together into this beautiful production which is being shared far and wide since its release earlier today.

“I chose this song in particular as it is a little different and is rather spiritual and soothing. The lyrics and melody along with the five parts are a gentle reminder that all will be well. With all lyrics you can take from it what you will, however I hope this is a message of calm. It’s also very fitting with November being the month of remembrance.” explains Choir Director Seán Rowland.

Two further GMIT choir videos are to be released this term. The Student Choir is currently recording the 2013 Avicci hit “Hey Brother”  which will form part of all the virtual GMIT Graduation ceremonies later this month (24 – 28 November) while the combined student and staff choirs are rehearsing for “Oh Holy Night” which will be released in early December.

“The arrangement of the classic “O Holy Night’” sounded just fabulous during the first Zoom rehearsals and to make it a little extra special I decided to light up my studio with candles and  fairy lights and even donned one of my many Christmas jumpers for the occasion. It’s never too early to spread some festive cheer and I think this year deserves a little extra joy,” says Seán.

Last year Seán brought great pride to the GMIT community when “Somewhere in my Memory” from the film “Home Alone “was performed by the GMIT Student and Staff Choirs together with 4th class pupils from the local Scoil Ide primary school. It reached number 1 in the Irish iTunes chart. The performance was also a fundraiser for Galway Hospice.

Previous releases by GMIT Choirs include John Lennon’s “Imagine” and an original mash-up of M-People’s “Search for the Hero” combined with the well-known “Oh Happy Day”. 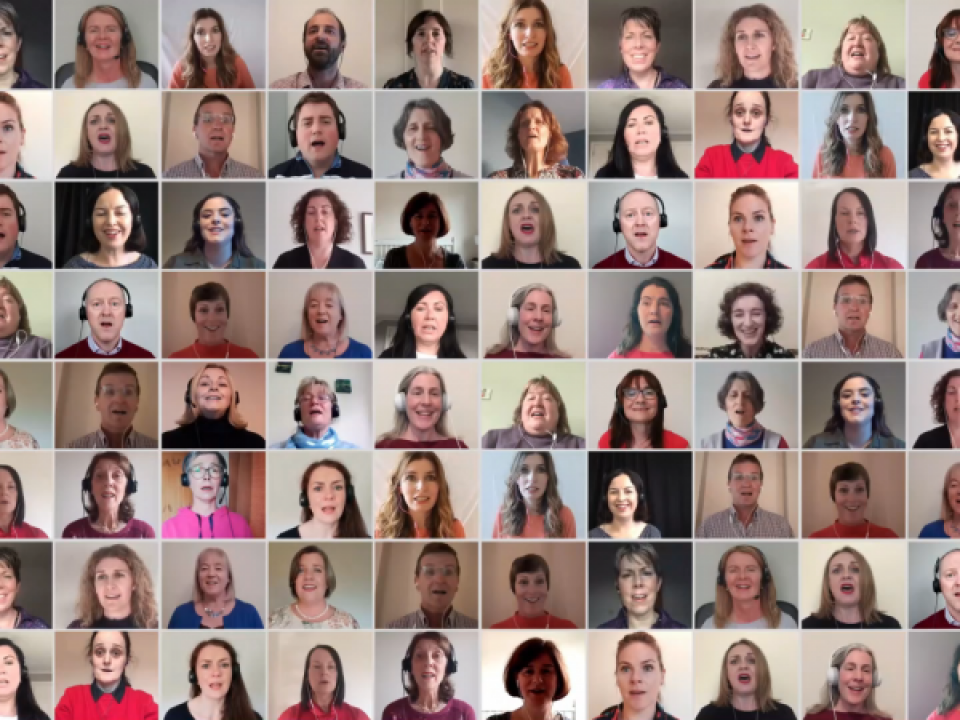