GMIT Mayo Surf Club has won the 2014 Student Sport Ireland (SSI) Event of the Year Award for organising and hosting the 2014 Surf Intervarsity in Achill, Co Mayo, earlier this year (2014).

The annual Student Sport Ireland awards identify and recognise excellence in the organisation and delivery of intercollegiate events by third level sports clubs.

Presenting the award, Student Sport Ireland Honorary Secretary Elizabeth McLaughlin congratulated the organising committee for undertaking what was regarded as “one of the best competitive surfing events held in the country in recent years, and for overcoming critical challenges to deliver a first rate event.”

One of the biggest challenges was that the event course had been destroyed by storms six weeks before the intervarsity, and weather conditions on the day were harsh with large swells, strong winds and wintry showers on the first day of the competition.

To overcome these significant challenges the committee mobilised the local community and with support from the County Council, relocated and redesigned a new course.

Some 26 volunteers oversaw the running of the competition in the difficult conditions. 182 competitors from 15 colleges took part in the event, and were supported by students and staff from all of the third-level colleges.

“I’m extremely proud of the students and what they achieved. Being recognised at a national level is extremely gratifying and an appropriate reward for not only the hard work put in by the students who organised the event but also of the support of the GMIT Mayo Surf Club members, all the participants, volunteers and the local community who all played their part”. 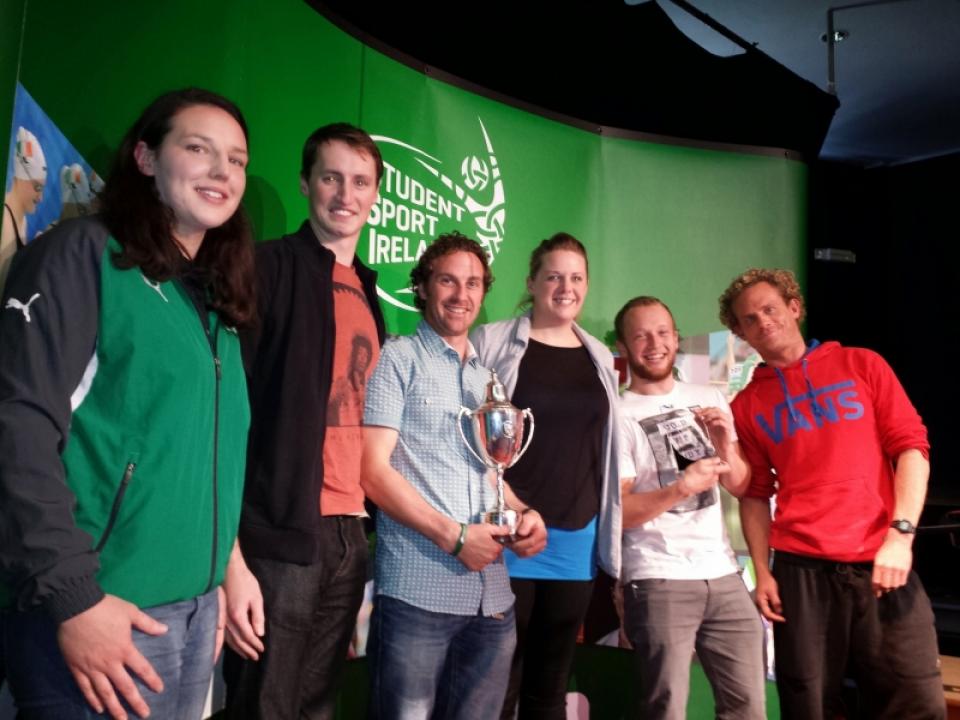