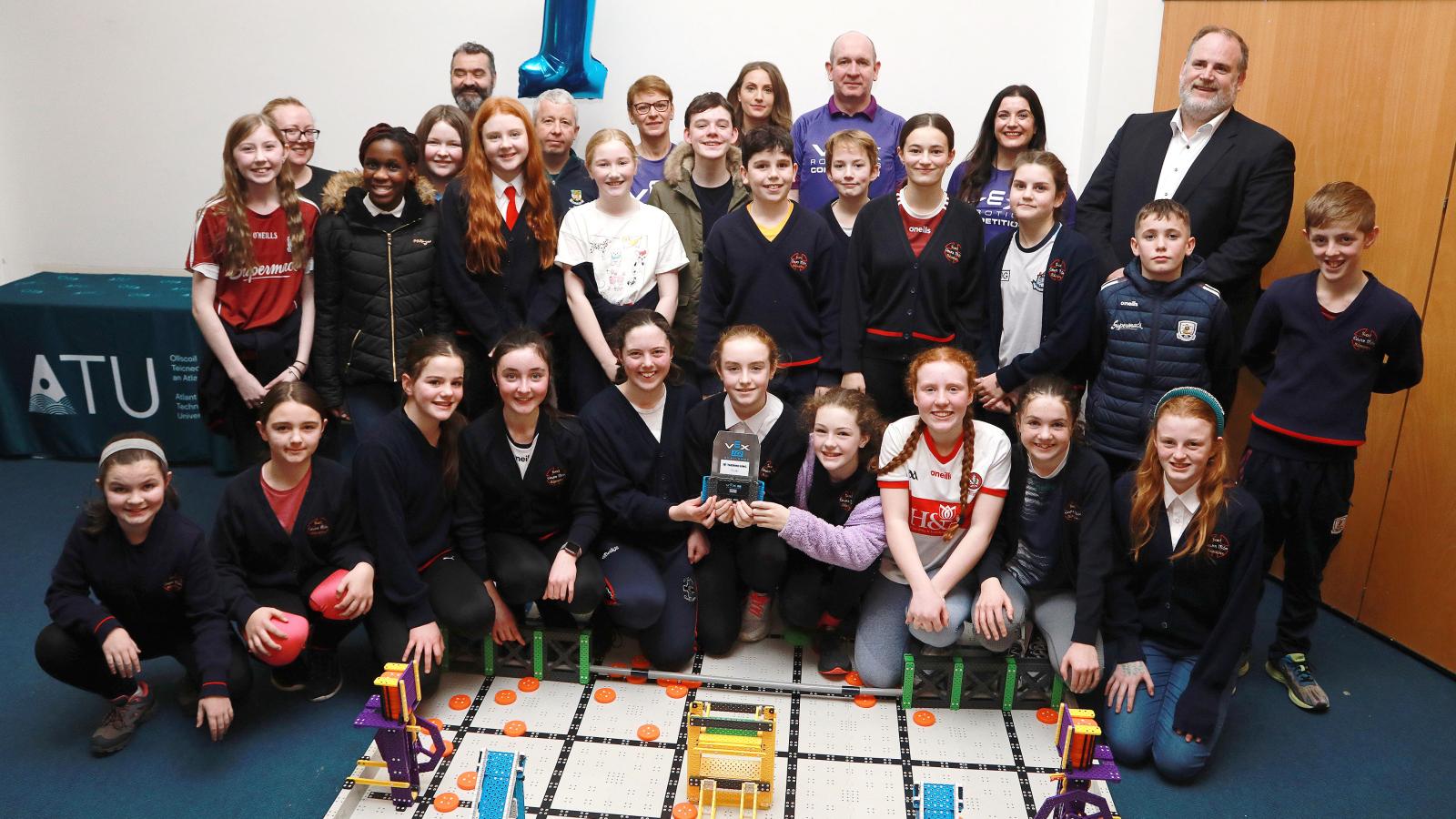 Sponsored by Trane Technologies – Thermo King, the VEX IQ Teamwork Challenge comprises of a series of matches where participating schools team compete with their robots working collaboratively to score points. The event, which was the culmination of months of hard work designing, building, trouble-shooting and coding their robots, saw over 400 primary school pupils ranging in age from 7 to 12 years, from 24 national schools, competing for a place in the national final.

Dr Oliver Mulryan, Head of Mechanical Engineering, ATU Galway-Mayo, says: “There was great enthusiasm from all the pupils and it was impressive to see how teachers harness the diversity of talents in the classroom to form a cohesive team on competition day.  Teamwork is a key skill of graduate engineers.”

Leah Cunningham, a pupil from Mountbellew NS, says: “We loved every minute of the thrilling competition in ATU Galway.  We knew little about technology a few months ago and now we’re off to Cork to compete against the best in the country.”

Gail Quinn, HR Leader Ireland for Trane Technologies – Thermo King, says: “Events like VEX IQ Robotics play an important role in helping to increase student interest and involvement in science, technology, engineering, and mathematics (STEM) by engaging students in hands-on, affordable, and sustainable robotics engineering programs.  As part of our Sustainable Futures initiatives, we are committed to uplifting our communities through volunteerism and are passionate about instilling and fostering an interest in STEM-based education from an early age.  By sponsoring these events, we are given the opportunity to play an important role in developing the engineers, mathematicians and technology experts of the future.”

Dr Carine Gachon, VEX coordinator for ATU Galway-Mayo, says: “Each year, the challenge is different which requires creativity and problem-solving to overcome the difficulties of the game. This year we saw some amazing designs and were impressed with the pupils’ ability to troubleshoot their robot during the competition.”

Colin Murray, teacher of the 6th Class in St Mary’s NS Mountbellew, the overall winners of the event, says: “The Vex IQ competition is a fantastic opportunity for children to learn and experience all aspects of Stem education. It both challenges and engages all the children and makes learning coding, designing and testing fun and educational. This is one of the best initiatives our school ever took part in.” 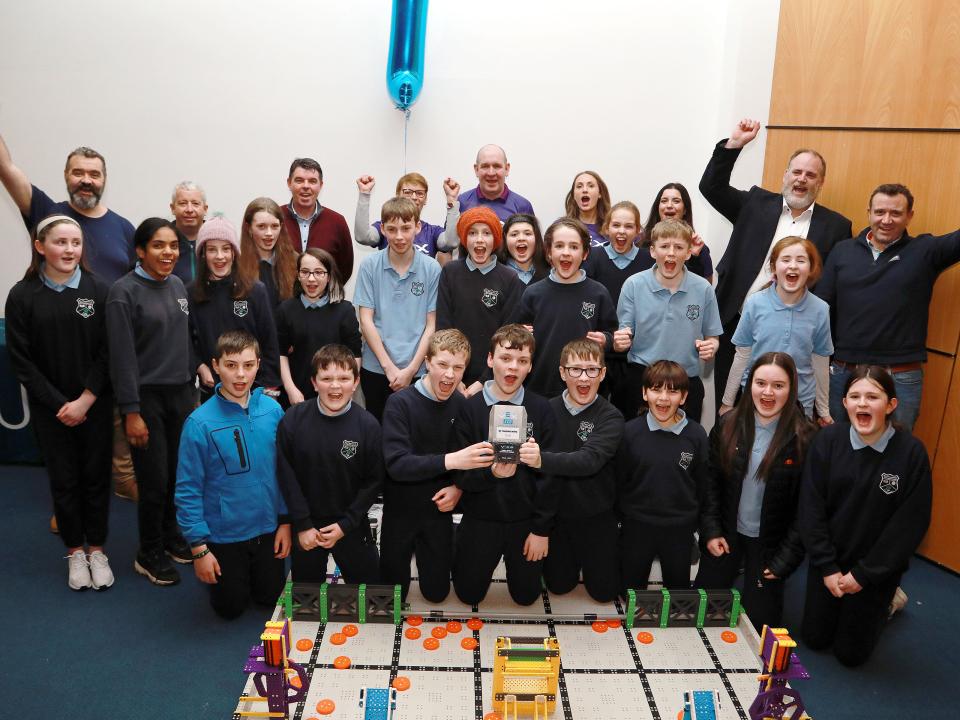 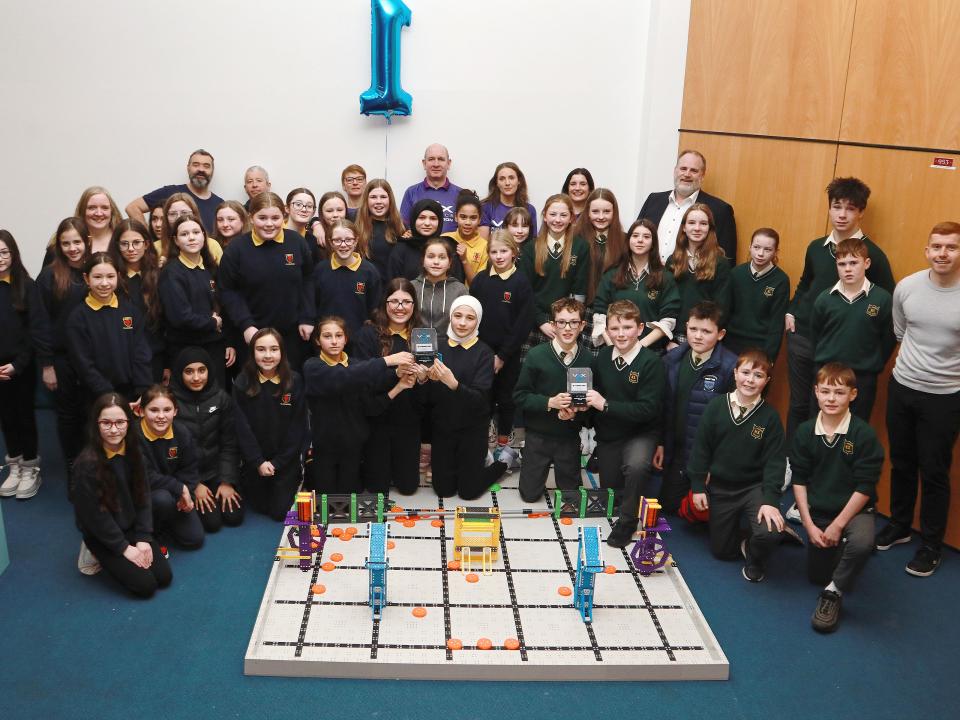 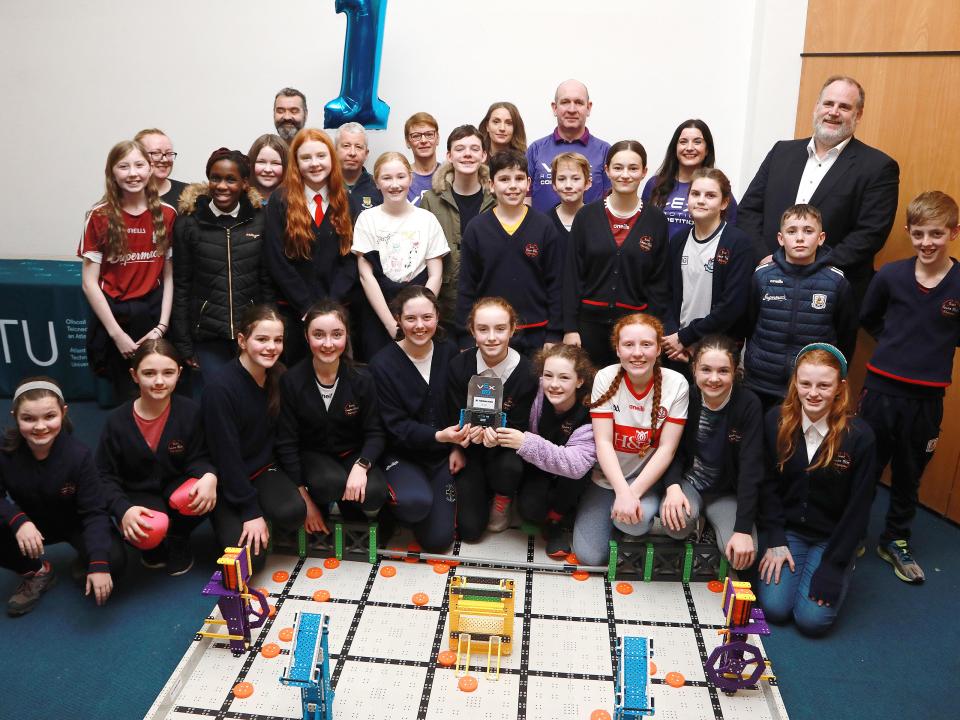 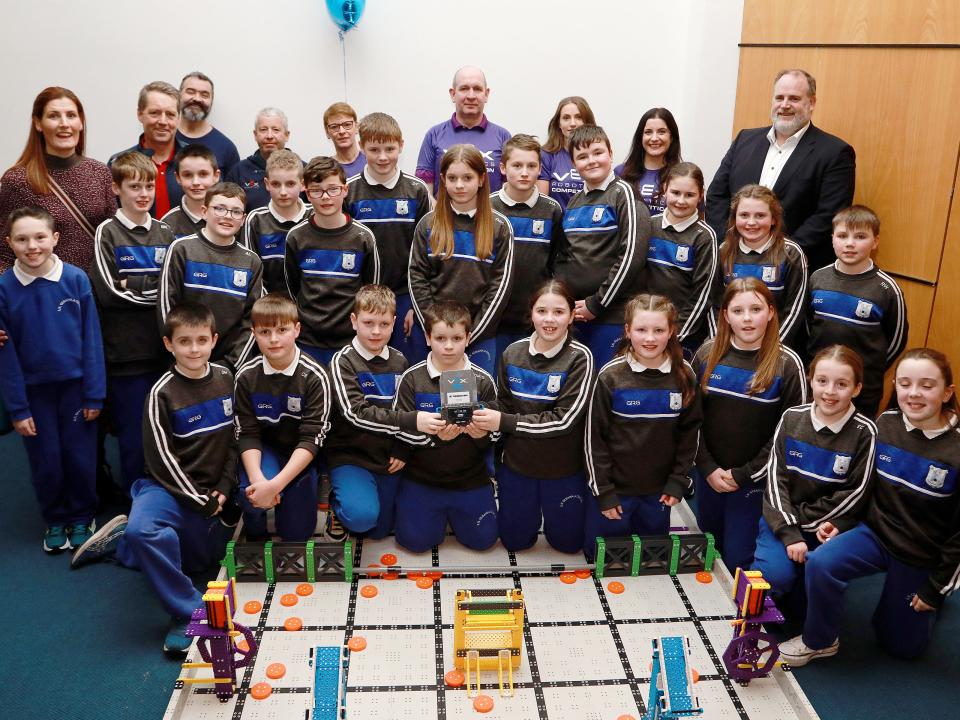