Over 200 jobs created since establishment of Mayo campus iHub

Over two hundred jobs have been created in Mayo since the GMIT Innovation Hub (iHub) in Castlebar opened its doors ten years ago (2006). €20m in external funding has been secured by client companies of the Centre and 16 companies have transitioned to the wider Mayo area.

The New Frontiers Programme, a national programme helping to develop entrepreneurs and funded by Enterprise Ireland, was launched once again, in March 2016, with five people from Mayo securing a place on the programme. The next intake of this NF programme will run from March / April 2017. Members of the public who believe they are capable of building a new company, creating employment and generating revenue in your locality, should email innovationhubmayo@gmit.ie for information on this programme and how to apply.

The GMIT Student Enterprise Awards (organized by the GMIT iHub in Mayo) took place in April 2016 with six of the finalists in these awards going on to compete in the top 50 finalists of the Enterprise Ireland Awards with two competing in the two ten nationally. The iHub also hosted its annual ‘Spirit of Entrepreneurship Evening’ in conjunction with Mayo Local Enterprise Office in September, attracting over 150 people. Warren Tuttle President of the US based United Inventors Association was the keynote speaker.

The event also featured an “Innovation in Action” session showcasing key success factors for growing your business, with presentations from a number of innovative Mayo based entrepreneurs and companies including Gerard Concannon, CBE Ireland, Cathal Shevlin, Shevlin Engineering, Sean Noone, WestIre and Niall Heffernan, The Food Store.

Anne Walsh from Allergy Lifestyle featured on the Season 7 of Ireland’s Dragon’s Den and secured €70k investment from Barry O’ Sullivan. Through that investment she also secured a partnership with Healthwave Pharmacy to provide the medicines for the case.

Maria Staunton, Manager of the GMIT iHub says: “Over the ten years the Centre has gone from strength to strength. Companies have been created and jobs secured. It is important to continue to grow the ihub and create more jobs for Mayo.

“I would like to thank business people, industry sponsors and mentors, and other enterprise support agencies in Mayo who have supported GMIT’s iHub events and activities throughout 2016. I look forward to 2017 and continuing to support start-ups in our region.”

For more on companies located at the ihub and events they run check out https://goo.gl/wH2V5u to see their 10 year anniversary video. 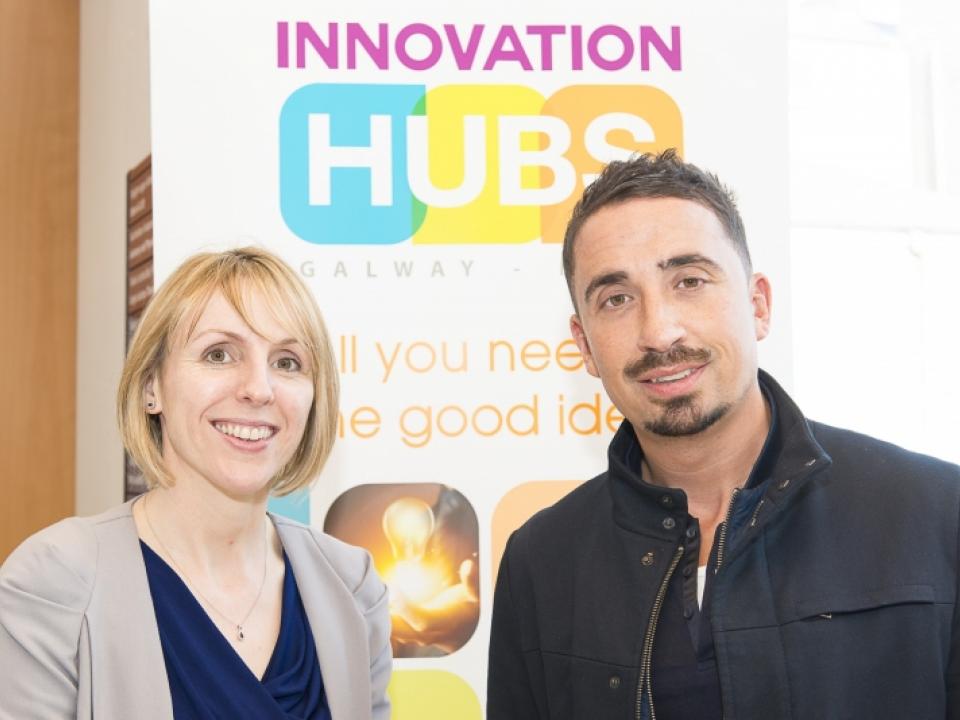