Staff and students in GMIT Letterfrack were delighted to receive a visit today from the President of Ireland Michael D Higgins and Sabina Higgins. The first couple visited the Furniture Gallery and machine halls on campus, and the President delivered a speech to students and staff.

GMIT Letterfrack has a well-established connection with Áras an Uachtaráin involving former Presidents Mary Robinson and Mary McAleese as well as President Higgins.

Students and graduates of the campus have produced unique furniture pieces that are now part of the fabric of the building in Áras an Uachtaráin; graduate John Lee designed and made the inauguration chair for President Higgin’s inauguration ceremony in November 2011, and a number of lecterns designed and made by students and staff in 2008 are in use in the Aras today.

Farmleigh Gallery in the grounds of the Áras hosted a unique exhibition of work by students, graduates and staff in November 2012, marking the campus’ 25th anniversary.

Earlier this year, timber that was felled in the grounds of Áras an Uachtaráin during the winter storms last year, was very kindly offered for use in student projects by Sabina Higgins.

Dermot O’Donovan, Head of GMIT Letterfrack, says: “The timber included wood from once majestic Oak, Ash and Beech trees, some of which are over a century old, and have been witness to the foundation of the State, overseen nine Presidents and 13 Taoisigh, lived through two World Wars and two world economic collapses, and 25 episodes of Father Ted”.

“In the coming academic years, when the timber is suitably seasoned we hope President Higgins and Mrs Higgins will come back to view an exhibition of the student work created from that timber.”

The President and Mrs Higgins were presented with two unique pieces designed and made by students Sean Burns, Donnchadha O’Connor and Dale Copeland, and staff Jeremy Madden and Samantha Flaherty.

Following lunch on campus, President and Mrs Higgins went on to launch the 30th anniversary of the Connemara Sea Week Festival which runs until 27 October. 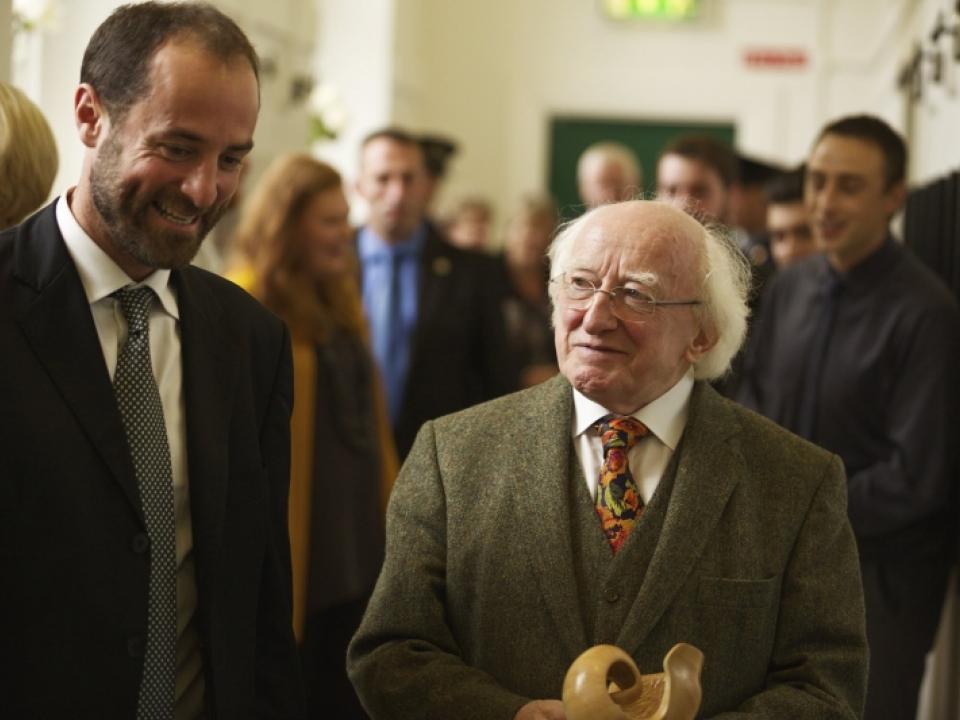 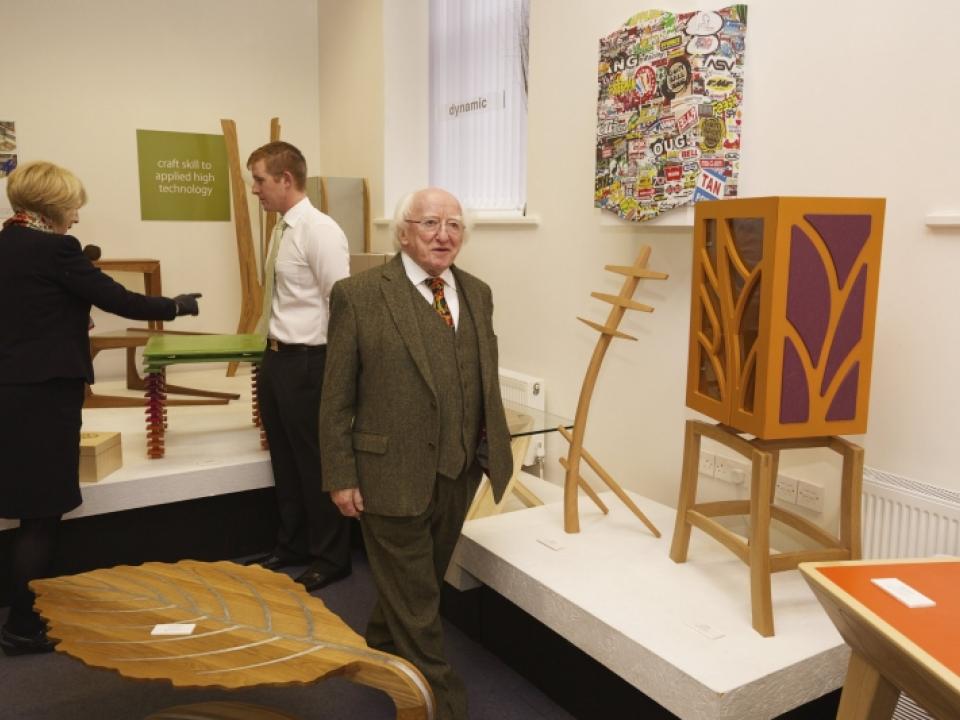 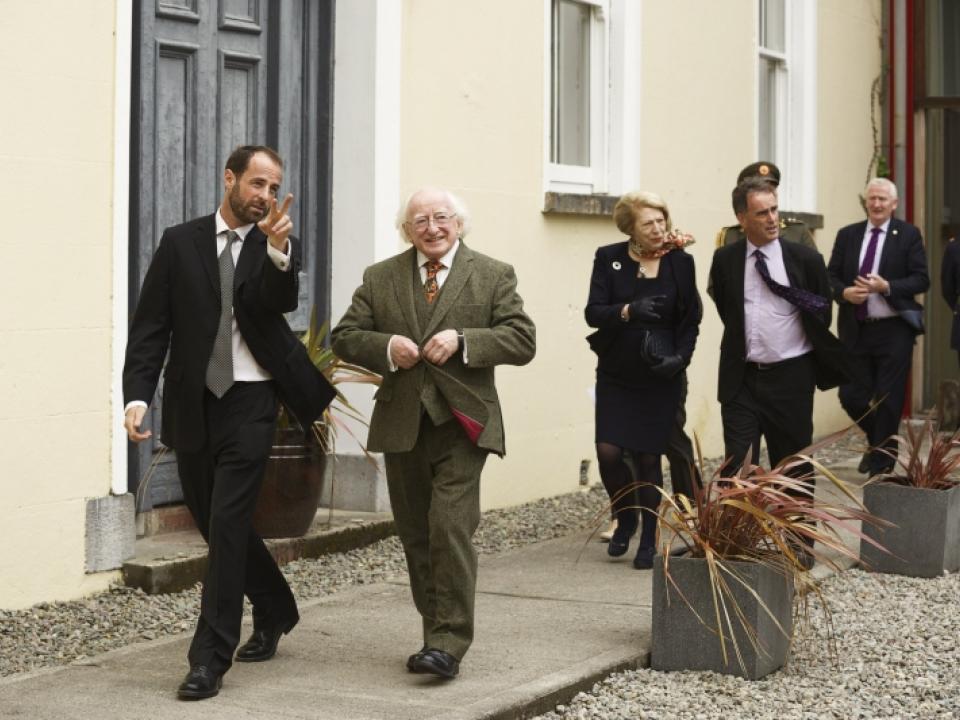 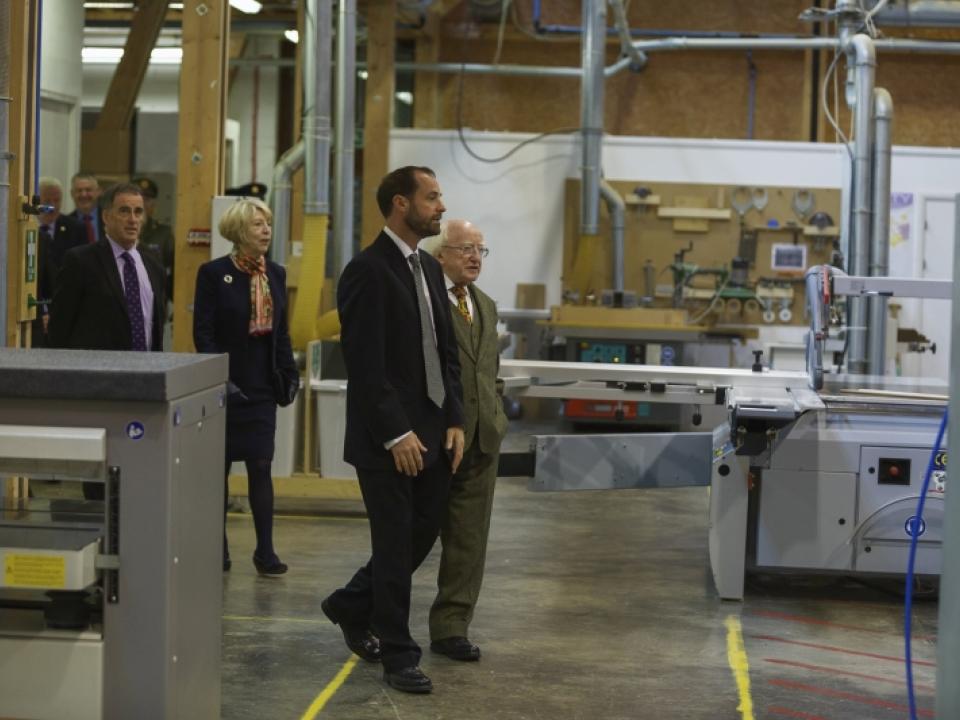