A final-year Software Development student in GMIT has won global recognition and praise for his innovative travel app "iSpeak" which allows people with differing native languages to communicate with each other through a Windows Phone 7 mobile application.

Cathal MacDonnacha from Rosaveel was bestowed with an "Honourable Mention" at the 2012 Worldwide Community App Awards for Windows Phone 7 hosted by WP7applist.com. The Windows Phone community voted for the one hundred plus apps that were nominated. His iSpeak app also featured worldwide as "App of the Month" by Microsoft in May 2012. Cathal has just completed a four year science (honours) degree in Software Development in GMIT and will graduate later this year (November).

Earlier this year, he won best individual app in "CodeNinja", the app development competition for NUI Galway and GMIT students, designed by local businesses and academics to train and encourage students to be creative in the cultivation of their own tech ideas.

Cathal's iSpeak application allows people with differing native languages to communicate with each other through a Windows Phone 7 Mobile application. One person speaks in their phrase, it is converted to text and sent to a translation service, and the result is spoken to the second person in their native language. The application was selected as the individual winner due to its novel use of both software APIs and hardware elements like the phone's accelerometer to achieve its aims.

GMIT lecturer in Maths & Computing Damien Costello is delighted with Cathal's achievements. "It has been a great year for mobile development within the Software Development community here in GMIT. Cathal's app was innovative in its approach to using the technology available on the Windows Phone and it's great to see him get this recognition." 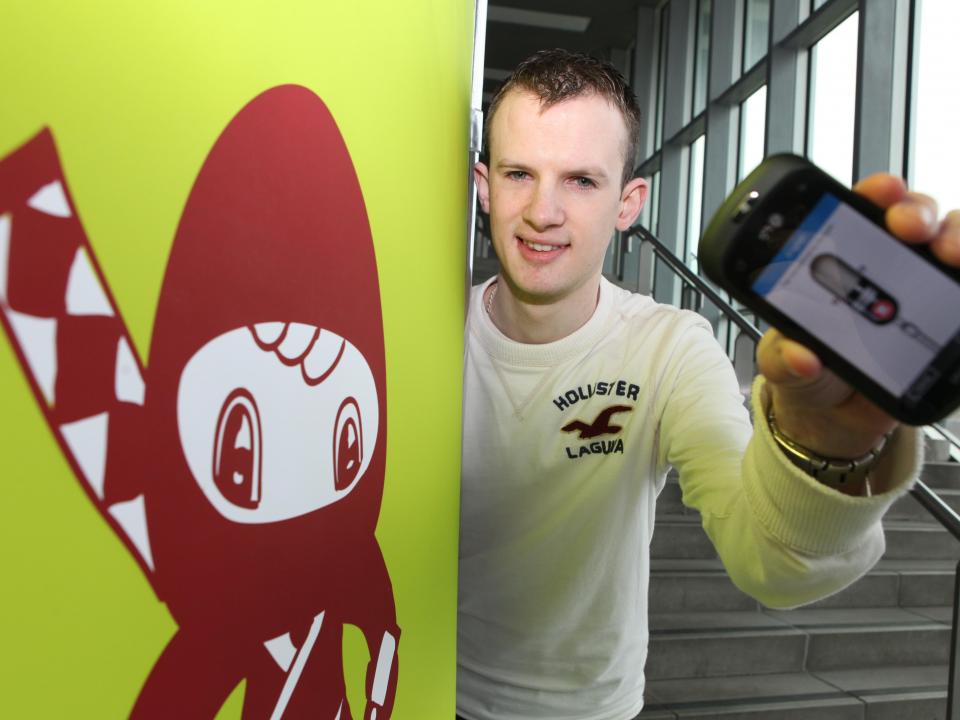