A GMIT technology student has helped enrich the lives of twin brothers with Muscular Dystrophy through the use of communications technology.

Mature student Jenny Parkes has helped 24 year old twins Joe and Ben Styles to communicate with friends and family through a high quality mouse-operated camera and voice recognition software. The Mayo-based brothers, who have limited mobility and are mostly housebound, are now regulars on Facebook and Skype-ping friends and family around the world.

Jenny, who is a mature student on the Higher Certificate in Information Technology Support at GMIT Castlebar, worked as a carer prior to returning to college and had an interest in the emerging field of assistive technologies.

As result of her work and research into this IT project she, and her lecturers on the IT Support Programme, Noreen Henry and Sharon Boyle, are now collaborating with a researcher in the US who is developing a microphone system that will pick up Joe and Ben's voices clearly and without strain.

The brothers had some basic computing skills and both wanted to get involved in a learning project of some kind, using their time more fruitfully. GMIT was contacted on their behalf by Senior Advocate with the Western Region National Advocacy Service Claire O'Neill.  At the same time Jenny, who had a social care background and an interest in assistive technologies, was looking to undertake a project as part of her IT Support course.

"I'm delighted to be a part of this very worthwhile project. A combination of new technologies has opened up a new world for Joe and Ben and at the same time has given students and staff in GMIT Castlebar an opportunity to see how technology can enable and enhance their lives."

Noreen Henry, IT Lecturer and Project Co-ordinator, says "educational projects that engage with people in our community like Joe and Ben are really important. Jenny, as a mature student, has brought her valuable life experience and knowledge to the task, having worked as a social care worker before taking up her GMIT studies. Jenny is also a mother of four.  She has dyslexia, a lot of energy and a commitment to achieve results.

"GMIT Castlebar hopes to offer a new honours degree programme in this area from September 2013, whereby more projects of this nature will be undertaken in the coming years. The traditional academic disciplines of social care and technology have been very distinct and we see opportunities to converge them into a new discipline."

See the TV3 news clip on Jenny's project with Joe and Ben: 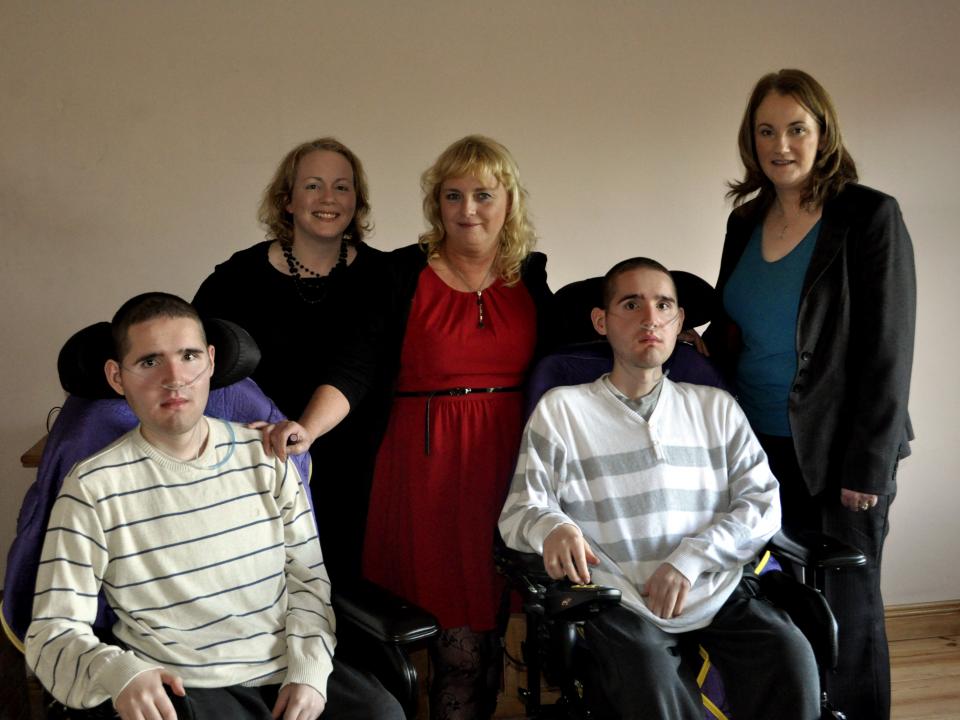