"Professor McDonagh's library collection was truly a phenomenal gift to GMIT and a rich resource for future generations of learners in the new Technological University." - Dr Orla Flynn, President of GMIT

Professor Enda McDonagh’s love of his Mayo homeplace inspired his decision to donate his personal library, including books, journals, and private papers to GMIT in 2006.  The Mayo campus Moore Library received Professor McDonagh’s complete collection in December 2008 from his office in NUI Maynooth. Former President of Ireland, Mary Robinson, formally opened the Reverend Professor Enda McDonagh Library Collection in GMIT Castlebar on 4 April, 2009, with the opening marked by an accompanying GMIT national conference on ‘Ethics and the Irish Economy’.  In May 2013, acknowledging his contribution to education regionally, nationally, and internationally, GMIT conferred Professor McDonagh with an Honorary Fellowship.

The range of circa 9,000 books includes not only formal titles in moral and systematic theology, but also titles in philosophy, ethics, politics, ecology, spirituality, literature and from across the arts. The collection of private papers spans the years 1939-2008, comprising papers regarding Professor McDonagh’s academic career, research interests, publications, speaking engagements, correspondence and representative work with NGOs and charities at home and abroad.  The collection provides a unique insight into the areas of moral theology and ethics and provides a perspective on political, social, and cultural life in Ireland during his lifetime.

Barry McMillan, Programme Chair of GMIT’s religious studies programme, says: “Knowledge is common, acuity and insight uncommon, but wisdom a rarity.  Enda McDonagh was wise.  To maintain and continue his legacy in the west is a responsibility and a privilege.”

Dr Orla Flynn, President of GMIT, adds: "This was truly a phenemonal gift to GMIT and a rich resource for future generations of learners in the new Technological University."

Professor Enda McDonagh was born in May, 1930, in Bekan near Claremorris, County Mayo.  His distinguished academic career began in St Jarlath's College, Tuam, and progressed to St Patrick’s College, Pontifical University, Maynooth, and the Pontifical University of St Thomas Aquinas (the Angelicum), Rome.  He held degrees in science, philosophy, and theology, and held doctorates in moral theology and canon law.

Ordained a priest in the Archdiocese of Tuam in 1955, in 1958 he was appointed Professor of Moral Theology and Canon Law at the Pontifical University, Maynooth.  Whilst there, he additionally held the positions of Director of Postgraduate Studies and Dean of the Faculty of Theology.  He was an elected member of the Senate of the National University of Ireland for over twenty years and served on the Higher Education Authority (HEA).  He retired from full-time teaching in 1995.

Professor McDonagh was a moral theologian with an illustrious publication record, having published twenty books and many journal articles on a wide range of topics.  Among his books are: Moral Theology Renewed (1965), Social Ethics and the Christian (1979), Between Chaos and New Creation (1986), Faith and the Hungry Grass: A Mayo Book of Theology (1990) and Vulnerable to the Holy: In Faith, Morality and Art (2005).  He was a founder member of the journal Céide, subtitled ‘A Review from the Margins’, and was consultant editor to the Irish theological journal The Furrow.

Internationally, he had been visiting professor and research fellow in universities in the UK, France, Belgium, Germany, Australia, Africa, Asia, and the United States.  He had also worked with development agencies such as CAFOD, Trócaire, and the Catholic Institute for International Relations, and with HIV-AIDS education groups in Asia and Africa.

On Sunday, 28 February, 2021, John Bowman will present a self-portrait of Reverend Professor Enda McDonagh based on his RTE broadcasts over many years. This can be heard on 'Bowman: Sunday; 8;30' on RTE Radio One this coming Sunday morning. 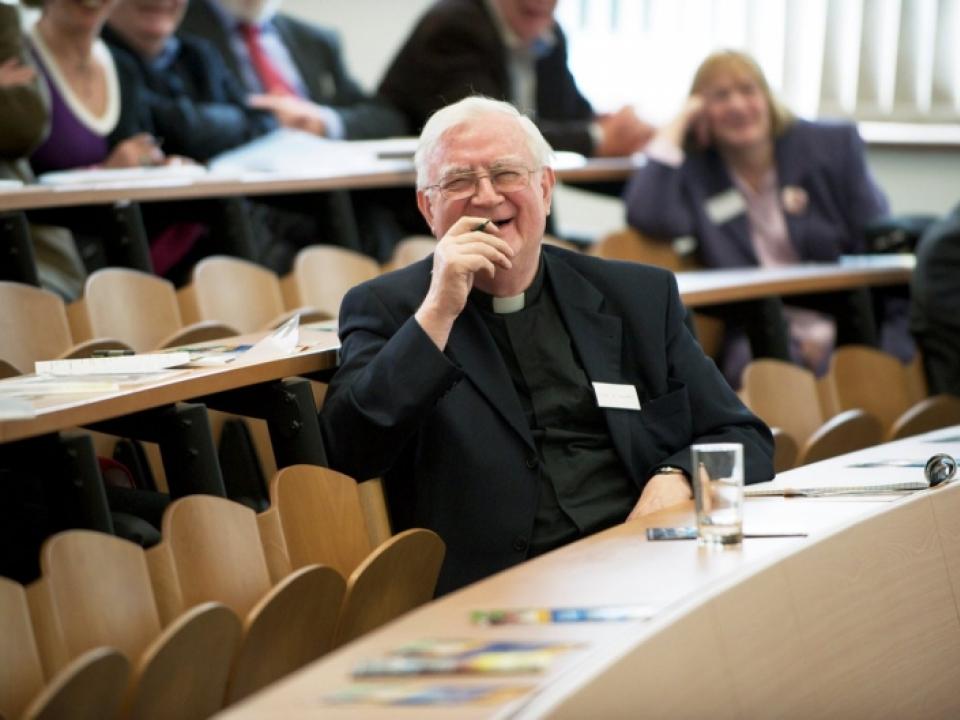