World famous ESA astronaut Paolo Nespoli will visit GMIT on Wednesday next, 11 November, to deliver a talk to 500 secondary school students as part of the 18th Galway Science and Technology Festival. Mr Nespoli's visit to Galway is supported by The European Space Education Resource Office (ESERO) in Ireland which is based in Science Foundation Ireland.

The Italian ASI astronaut will be heading for space a third time in May 2017 as part of Expeditions 52 and 53 to the International Space Station. He will be launched on a Soyuz vehicle on a five-month mission as part of a barter agreement between NASA and Italy’s ASI space agency involving ESA astronauts. It will be ASI’s third long-duration flight, following Luca Parmitano’s Volare in 2013 and Samantha Cristoforetti’s Futura this year.

Paolo’s first spaceflight was his two-week Esperia mission on the Space Shuttle’s STS-120 in 2007, ASI’s second short-duration flight under the barter agreement. One of his main tasks was to help install the Node-2 module on the Space Station. He returned to the Station in 2010 for ESA’s 160-day MagISStra mission as part of Expeditions 26 and 27. In addition to his many experiments, he was involved in the dockings of two cargo craft: Europe’s second Automated Transfer Vehicle and Japan’s second HII Transfer Vehicle.

Mr Nespoli will be sharing his unique experiences in outer space with some 500 secondary school pupils as well as GMIT students and staff next week. Members of the public are also welcome to attend.

GMIT will also host a number of separate events as part of the Galway Science and Technology Festival  such as Game Zone  which gives students an opportunity to engage in science-inspired interactive games such as Laser Grid, Lego Robots, Photoshop workshop, Smart Car in Action and Wave Phenomena.  Separately, the GMIT Scientist in Residence initiative will bring GMIT mentors to schools. Academics from the Science School and Marine Research Centre in GMIT will also deliver a workshop on Plastic Oceans to a number of schools.

Separately, Humpback Whales of the Cape Verde, an Irish made film, will premiere in GMIT on Wednesday, 18 November at 1pm, as part the festival. This fascinating 50-minute film was shot in Ireland, the islands of Malta and Cape Verde, off the coast of Africa.  It follows GMIT’s Dr Simon Berrow and an international team of marine scientists as they try to prove humpback whales from both the northern and southern hemisphere use the Cape Verde archipelago as a breeding ground. The film was made by Tony Whelan and narrated by Liam O'Maonlai.  It is supported by the Irish Whale and Dolphin Group (IWDG), Ireland’s leading marine conservation organisation.  At the screening, experts from GMIT and IWDG will discuss the film and answer any queries from the audience about whales and dolphins in Ireland.

The 18th Galway Science and Technology Festival programme incorporates 180 events and sees 35,000 primary and secondary school students taking part in shows and workshops up until 22 November.  It explores and celebrates "Science Week 2.0 - Design Your Future" in this International Year of Light at events in schools, colleges, research institutes, companies and community centres across Galway City and County.  The festival’s main sponsor is Medtronic.

Dr Des Foley, Head of School of Science at GMIT, says: "We are really looking forward to Mr Nespoli’s visit on 11 November. He will have many interesting stories to tell and is certain to inspire students to study science, technology, engineering and maths-related disciplines. In recent years we have seen unprecedented growth in the number of students on our science and technology courses in GMIT.  This festival is a very important part of our year and we look forward to launching new events and workshops in the weeks ahead.”

The final day Festival Exhibition takes place on Sunday 22 November 10am – 6pm. Tickets for the shows and workshops will be available for booking on www.galwayscience.eventbrite.com from Saturday 14 November.  Visit www.scienceweek.ie for details of events nationwide or alternatively organise your own event – check out the ‘Get Involved’ guide www.scienceweek.ie/resources/get-involved/ Connect on Twitter @galwaysciencefe and on www.facebook.com/galwayscience and use the hashtag #scienceweek and #GalwayScience to join the conversation. 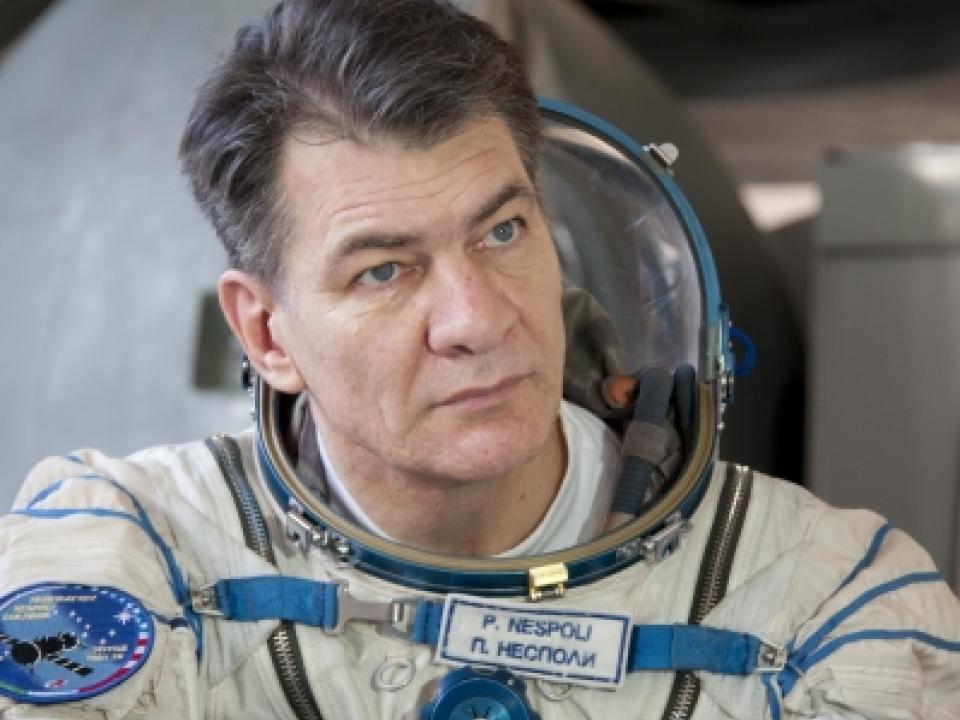