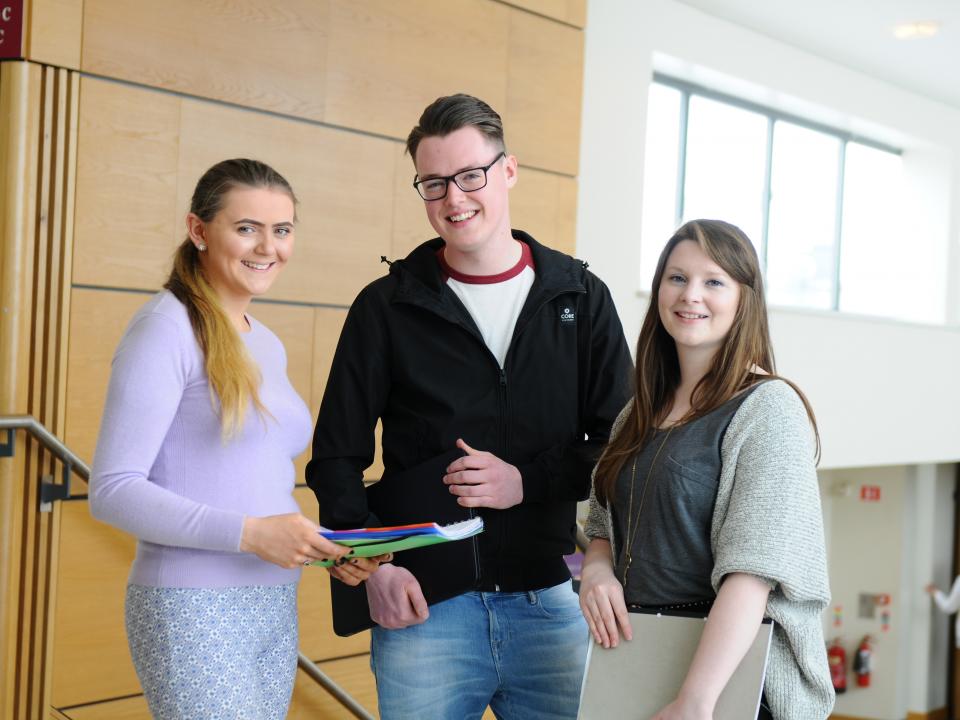 GMIT - A college with teaching and research at its core

GMIT will provide our students with a transformative university experience, empowering our graduates to fully contribute to the social, economic and cultural betterment of society.

We aim to invest in excellent applied learning, teaching and research environments, reflecting the real needs of business, enterprise and the professions in our region.

We aim to be a preferred partner for research and an enterprise innovator that attracts, supports and encourages students and staff from all over the world, enabling them to reach their full potential.

In the 1960s, Ireland was characterised by a small elite system of higher education, catering almost exclusively for professional and public sector employment. The Mulcahy Report (1967) recommended the establishment of a number of Regional Technical Colleges around the country, highlighting that Irish people generally did not have the opportunity to become technically skilled because of the prevalent academic bias in the educational system.

Increased technical knowledge and skills were regarded as essential prerequisites for further economic growth as was the promotion of innovation and enterprise. The Mulcahy Report recommended that the Regional Technical College in Galway be designated as the main centre outside Dublin for both craft and management education and training for the hotel industry.

The first students entered the Regional Technical College Galway on Monday 18 September 1972 and a new era in the educational history of the city and region began.

“To provide vocational and technical education and training for the economic, technological, scientific, commercial, industrial, social and cultural development of the state with particular reference to the region served by the College.”

This legislation also authorised a college, subject to such conditions as the Minister for Education may determine:

“To engage in research, consultancy and development work and to provide such services in relation to these matters as the Governing Body of the college considers appropriate.”

The Institutes of Technology Act 2006 inter alia, brought the Institutes under the aegis of the Higher Education Authority (up until then they were under the Department of Education), similar to Ireland’s university sector.

Currently, Technological University (TU) legislation is being drafted as a result of the National Strategy for Higher Education to 2030, which allows for amalgamated Institutes of Technology, upon reaching set criteria, to apply for re-designation as a TU

1977 - First degrees in Hotel and Catering Management conferred, the first in an RTC

2001 - Implementation of Delegated Authority for National Certificates and National Diplomas

2003 - Opening of IT Learning Centre at GMIT Galway

2007 - Wins Sunday Times Institute of Technology of the Year

2010 - GMIT signs agreements with 2 US institutions

2013 - GMIT, IT Sligo, LYIT and NUI Galway work towards a Cluster of HEIs in the West/North West Region

2015 - CUA submits EOI for re-designation as a Technological University

2021 - GMIT, LYIT and IT Sligo approved for designation as a Technological University (TU)

To provide students with a transformative university experience, GMIT will:

Read our strategic plan, annual reports and other publications