The two GMIT academics were presented with their awards by GMIT President, Dr Fergal Barry, at the annual conferring ceremonies in the Radisson Hotel in Galway recently.

Celine Curtin is Programme Co-ordinator of the BA (Hons) in Film & Documentary programme at GMIT’s Centre for Creative Arts and Media (formerly Cluain Mhuire). The programme has its origins in the National Diploma in Video Production course which Celine ran in partnership with GMIT when manager of the Galway Film Centre on campus in 1994. Celine was part of the team that identified the need for qualified individuals for the growing audio-visual sector in the West and went on to develop this idea with the establishment of a post-graduate programme. A key figure in the negotiations with GMIT to partner on this venture, Celine was part of the team that devised the syllabus, researched and sourced all the resources, while also being administrator of the course which today is held in high esteem by employers in the Film & TV industry.

Dr John Healy is a lecturer in the Department of Computer Science and Applied Physics. He joined the GMIT Department of Maths and Computing in 2000, joining from Digital Equipment Corporation where he was a senior software engineer. Head of Department, Dr Sean Duignan, said: “In Dr John Healy’s near 16 year career to date in GMIT, it is clear that he takes an inspirational, stimulating and imaginative approach to teaching and learning, encouraging students to become independent critical thinkers, fully engaged with their subject, and that he brings a high level of awareness of contemporary issues to his teaching. To cite just one example: John was central to the roll-out of GitHub for students at the department last year (2014).  As a consequence, cohorts of students are now submitting assignment and project work via this industry standard code repository. This brings a number of innovations to teaching and learning - in particular, an increased level of authenticity to the practice of coding and software engineering - as well as providing a fair and objective mechanism for assessing group projects".

Celine Curtin:
In 1995, Celine played a central role in the establishment of renowned American film producer Roger Corman’s film studios in the West. As Production Manager with these studios, she was in a unique position to employ 75% of the first graduates from the Diploma Programme. While working in Corman’s studios, Celine often came back to give guest lectures at GMIT. From 2003, she administrated the Huston Film School in NUI Galway and taught on the MA in Arts, Policy and Practice. At this time, she was invited to cover classes on the BA in Film & TV with GMIT. In 2005, she was offered a fulltime post with GMIT and her lecturing post sees her teach every student on the undergraduate programme.

Paying tribute to Celine Curtin, Dr Paddy Tobin, Head of the Centre for Creative Arts & Media (CCAM), GMIT, said: “Celine brings a vast array of industry experience into her teaching practice. She is an active member of the industry and exploits every opportunity to integrate real life and industry into her teaching, projects, and assessments. The nature of the Film & Television industry is such that those starting out are employed by recommendation. Her vast contacts support her position as a conduit for industry, and as such she directly assists in getting graduates on to the first rung of the ladder. Her innovative approaches to teaching and her use of her industry contacts in the delivery of her course are legendary. Without exception all of her industry contacts are delighted to get involved and contribute to the programme. Her practical style ensures that students leave with a significant advantage in terms of skills like ‘pitching’, engaging with sales agents, and film production.

“Celine has also contributed to the broader education of the students through the establishment of the Spirit Award for Film & Documentary students. Established in 2013 it is designed to acknowledge the kindness of one student towards their fellow students, a culture fostered and celebrated on the course. The theme of kindness and respect permeates Celine’s relationship with her students and her colleagues in GMIT and in industry. Celine’s positive influence and support for her colleagues, too, is constantly visible, directly and indirectly. Her radar is always on for opportunities to benefit her students and staff in the campus. She is continuously arranging events such as visits to companies and organisations and recently organised for a distinguished Fulbright scholar to come to GMIT next year. She organises many guest speakers, visits and events in a variety of subject areas including a new collaborators with employers in the computer gaming arena who will collaborate with the centre and our programmes. She also uses these opportunities to help colleagues wherever possible. GMIT students are very fortunate to have such a teacher who inspires them, instills them with self-belief, and who genuinely cares about them. GMIT is very fortunate to have a teacher of such calibre and integrity.”

“A sense of almost-parental care and devotion to her students made us feel like we were baby chicks and she was our mother hen.” – Luke Morgan, Class of 2015

“Celine is passionate about film and shares her wealth of knowledge with every student she encounters. Her classroom is a positive one. She provides a safe space where students can think creatively, share ideas and take risks.” – Jade Murphy, Class of 2015.

“Everything that she has taught us has not just helped us to become better at creative critique and academic study, but it has always been helpful when it came to the practical, more hands on modules in the course.” – Shakeela Singh, Class of 2015

John Healy:
Paying tribute to Dr John Healy, Dr Sean Duignan, Head of Dept of Computing & Applied Physics, said: “Having shared an office with John for the best part of ten years, I benefited almost every day from his infectious enthusiasm for lecturing, student engagement and the sense of his ‘living’ the curriculum through his actions.  A natural and open communicator and a voracious consumer of the written word, conversations with John in relation to Computer Science can as easily relate to social and cognitive psychology, theories of learning, ancient history (with respect to the encoding of information), modern history of computing (particularly the work of Shannon, Von Neuman, and Turing and his contemporaries), and in the next breath, new and emerging developments in the discipline in very exacting and accurate detail. John is the natural leader of the ‘Community of Practice’ that has emerged among computer science academics at the Institute.  His enthusiasm for the discipline, and more importantly his approach to spreading that enthusiasm through his teaching is possibly best described by his students.”

Student testimonials about Dr John Healy:
“I found John to be an outstanding teacher of a challenging subject area. As well as being an expert in his field, John was very approachable, patient and always happy to help. John has built up quite a reputation – with current and former students... whenever I mention I studied Software at GMIT to any former students the first thing they ask is  ‘did you do Java with the legend that is John Healy?’ That says everything you need to know about John Healy: Legend.” – Tim Killeen, graduate.

“Every once in a while you come across a great teacher. John Healy is one such teacher. Trained in the classical sense, John is a polymath. He works with the student together to elucidate a difficult concept and help you understand and put the new knowledge into effect. John engages his students through his infectious passion for the subject matter.” – Turlough Rafferty, graduate.

“John is a great lecturer. I found him to be entertaining, engaging and great at explaining concepts. His enthusiasm and positive attitude towards every student created a very open learning environment and definitely made the learning experience more enjoyable.” ­ - Elaine Glennon, graduate.

“John’s enthusiasm for Java, and indeed all things programming and computing, was absolutely contagious and motivating. He made a very challenging four-year course achievable in just one year, even for the likes of us who could barely turn a computer on at the start! … No doubt the best lecturer I ever had, and I’m under no illusions that if it wasn’t for him I wouldn’t be in the job I am now.” – Liam Hand, graduate. 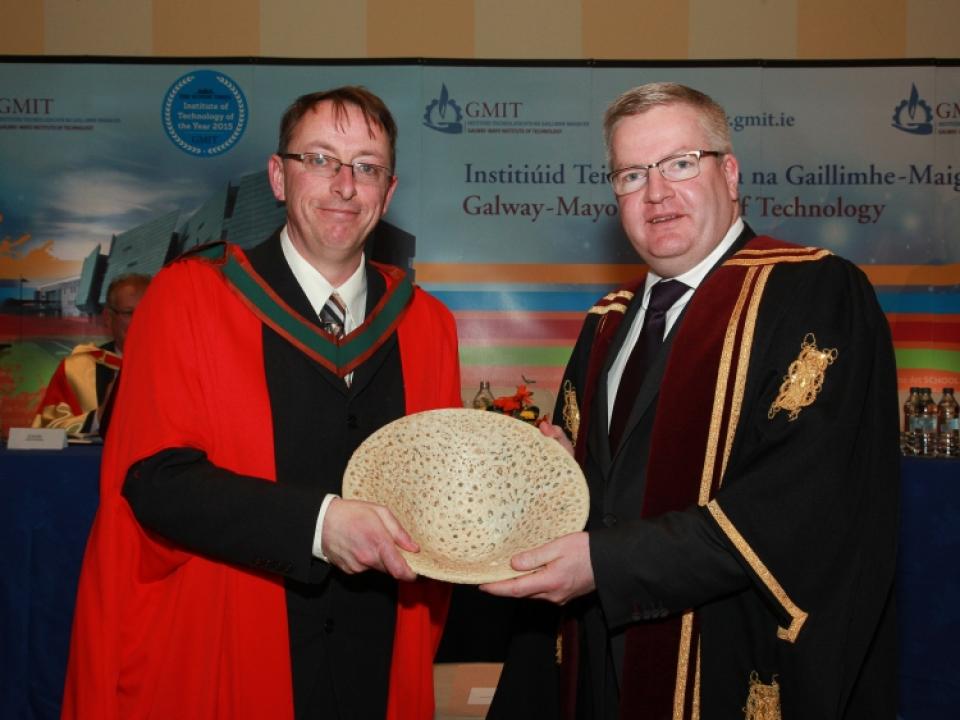 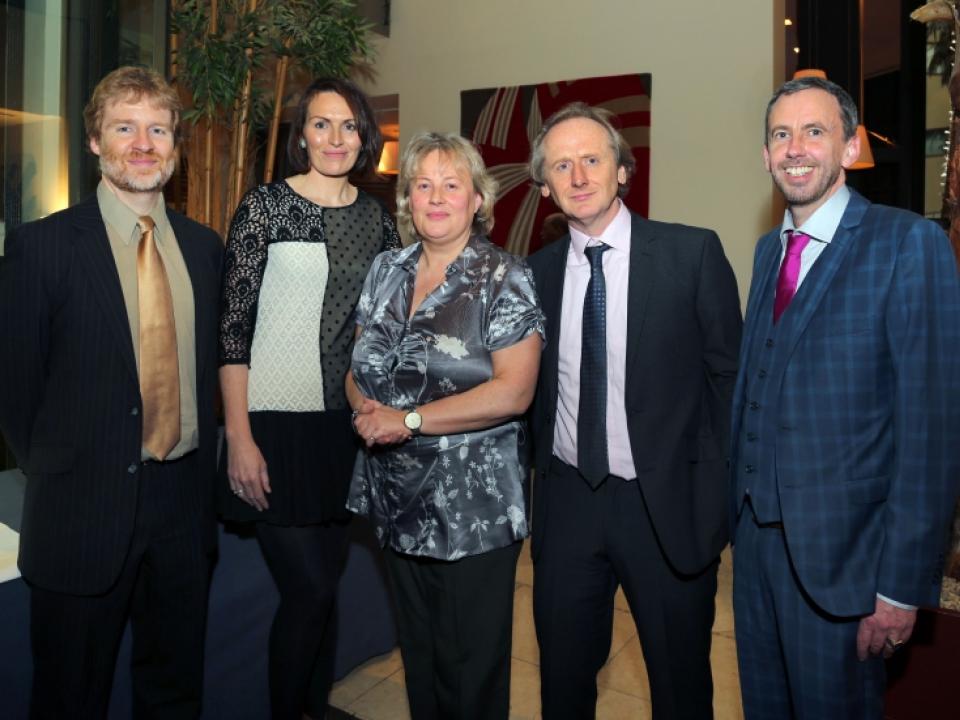