Lorraine, a mum of three boys, created and produced the product which addresses the problem of poor bathroom etiquette among boys and men. “Any parents whose boys have not formed the good habit of raising the toilet seat may find this product very effective”, she explains.

'Mr Wee’ comes in a variety of fun designs and is a solution to a worldwide domestic problem. It is a device which forces males to lift the toilet seat to urinate and can be used as a training device for younger boys. It is fixed to the toilet seat upper rim, creating a barrier across the seat. It is easy to install and clean, safe to use and hygienic.

Mr Wee is currently being sold online through www.pleaselifttheseat.com / www.mykidstime.ie  and www.amazon.com. It is stocked in some local stores such as Totally Toys, Castlebar, Little Angels Stores, local Toymasters and local Gala stores.  The price of the product is €5. The business team is hoping to see the product on the shelves of some of the larger retailers in the near future.

“The product is also currently being used in some local pre-schools as this is the prefect age to train young boys to lift the toilet seat. A smaller version is being produced for children’s toilets in pre-schools.” says Laura Williams. “A number of complimentary products are being designed and developed that will be based around the theme of children's hygiene etiquette.”

Lorraine and Laura won €5,000 cash prize and mentoring support from Grant Thornton in Dublin to help them grow their business further. They were runners up at a separate event, the GMIT Student Enterprise Awards Finals, which took place in GMIT Mayo in April.

Innovation Centre Manager Maria Staunton says: “We are delighted that Laura and Lorraine reached the finals of the Enterprise Ireland (EI) National Awards Competition. GMIT had a lot of students in the competition, with over four getting to the last 50 shortlist and Lorraine and Laura in the top ten, winning the category. The finalists were from all universities and Institutes of Technology's across the island of Ireland.

“Their business idea proves that you need to spot an opportunity and ensure that you have a market that is willing to buy your product. This can only be achieved through market research with your end customers. Laura and Lorraine both went through this process and hence have their product is now selling in local shops and online.”

The GMIT Student Enterprise Awards is run across all five campuses in GMIT, to all disciplines, and the purpose is to explore and stimulate entrepreneurship and innovation amongst students at GMIT. Over 62 students entered this competition in 2014/2015. 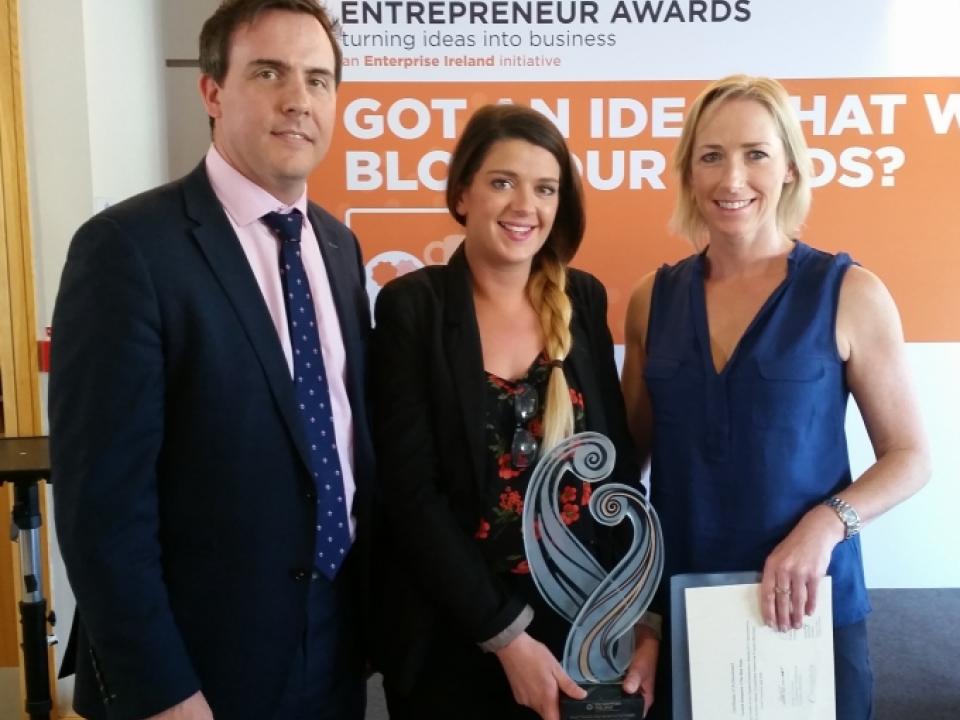