Three GMIT Hotel Management graduates have won top awards at the Irish Hospitality Institute (IHI) Awards 2012, while a further two graduates were shortlisted for awards. The Gala Awards Ceremony was held at the Four Seasons Hotel, Dublin, on 26 November and the Guest of Honour was the Minister for Transport, Tourism and Sport, Leo Varadkar TD.

Rory Rooney scooped the Hospitality Graduate of the Year Award, one of eight awards presented on the night. Rory graduated from the BA (Honours) in Hotel and Catering Management in GMIT in November 2012, and is currently working in The Four Seasons Hotel, Dublin as a Trainee Manager. Originally from Toulouse, France, Rory lived in Galway city for four years while studying in GMIT.

The Hospitality Manager of the Year (CPD) was awarded to Martin Beirne, also a graduate of GMIT. Martin holds a diploma in Hotel Management from GMIT and is currently working in a senior management role in the Radisson Blu Hotel & Spa, Galway.

Another GMIT graduate, Clare Macleod, was awarded Fellowship of the IHI on the night. Clare graduated from GMIT with a qualification in Hotel Management and is currently Head of HR with Tourism Ireland, a position she has held since 2004.

“We nominated Rory Rooney for the Graduate of the Year Award 2012 because of his outstanding commitment and performance while he was a Hotel Management student at GMIT,” said Gerry O’Neill, Head of the Department in the College of Tourism & Arts, GMIT. “We are delighted to see him receive this prestigious award, and are confident that this is just the beginning of a very successful career for him.”

“It was fantastic to see a number of other GMIT graduates being shortlisted and receiving awards on the night” added Cait Noone, Head of the College of Tourism & Arts, GMIT. “This type of recognition of our graduates by a professional body such as the IHI is a great source of inspiration for our current students”. 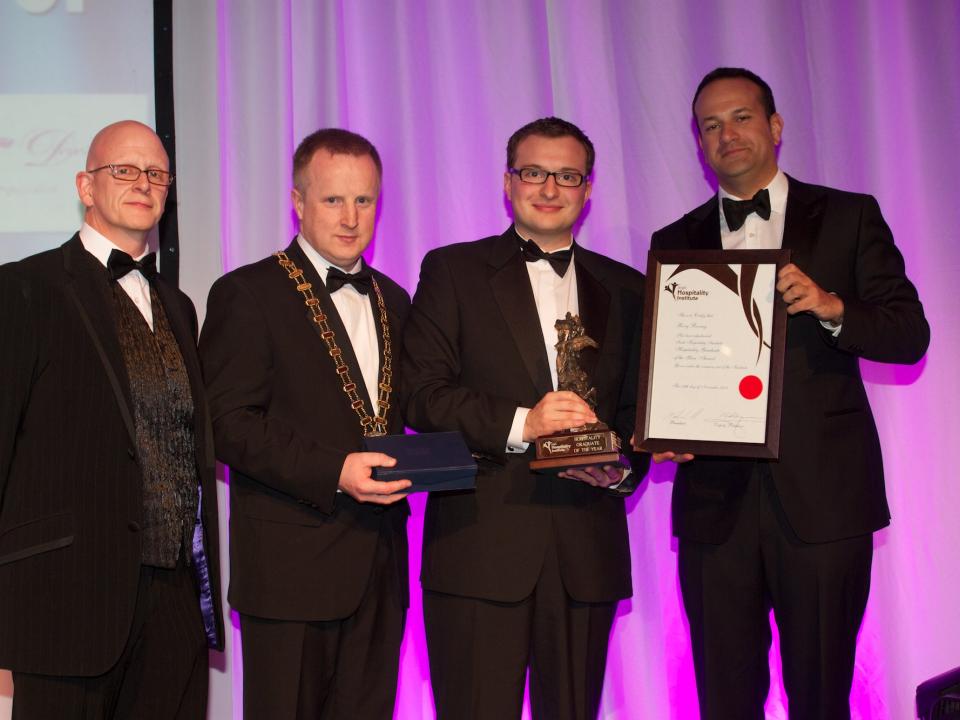 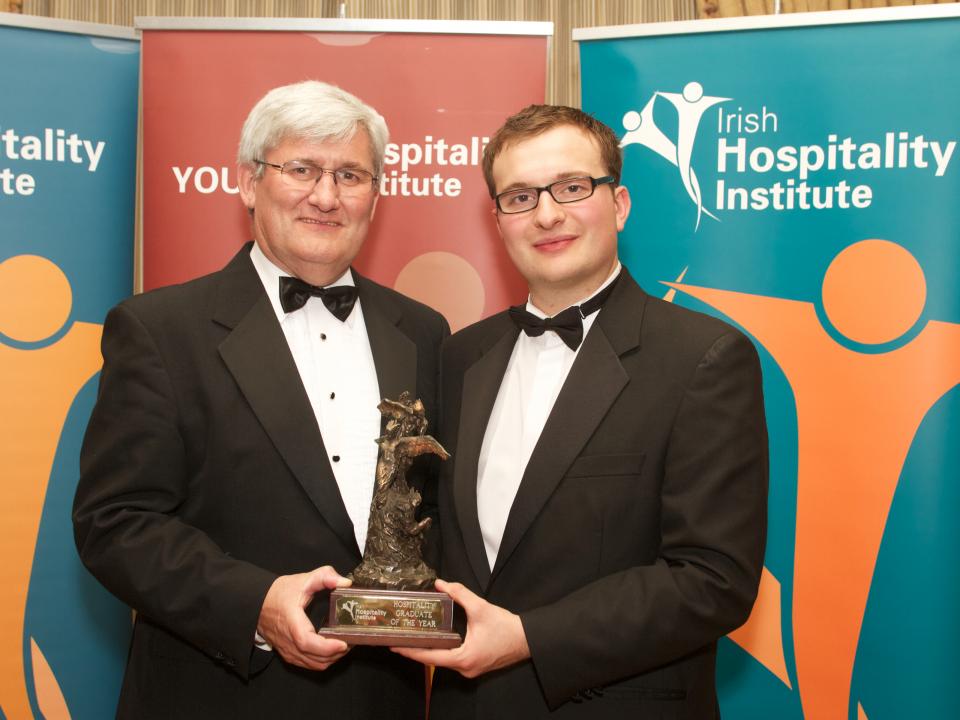