A student at GMIT’s National Centre for Excellence in Furniture Design & Technology in Letterfrack has been identified as Ireland’s most promising young craftsperson in Cabinetmaking and has been selected to join an Irish Team that will compete in the WorldSkills 2015 Competition taking place in São Paulo, Brazil from 12 to 16 August.

Cian Mulligan from Taravic, Redgap, Rathcoole, Co Dublin, is a second year student studying on the B.Sc. in Furniture and Wood Technology programme. Earlier this year he achieved first place in a rigorous selection process designed to identify the best and most resilient competitor in Cabinetmaking for inclusion in the Ireland team.

The WorldSkills competition was founded in Spain in 1947 to encourage world class standards among young craftworkers and it has been an international event since 1950.  Ireland is among 57 countries that will participate in the event which is considered the Olympics of the industrial trades and service sectors of the global economy.  Run over four days, the competition will test the stamina and skill of each competitor to the limit and all are determined to do their country proud and bring home a gold, silver or bronze medal for their discipline.

As part of the Irish Team preparations Cian is undertaking an intensive training programme under the direction of Declan Barrett, the WorldSkills mentor for Cabinetmaking in Dun Laoghaire Further Education Institute, and Michael McGuigan of Festool Ireland has kindly supported his participation by supplying an extensive array of power tools and equipment that will be used by Cian in the competition.

The IrelandSkills and WorldSkills co-ordinator for GMIT Letterfrack, lecturer Anthony Clare, says: “This is a fantastic achievement for Cian and it will be the experience of a lifetime for him.  All the staff in GMIT Letterfrack are delighted for him and wish him the competition.  Cian has clearly demonstrated that he has incredible skill and ability and is a worthy member of the Ireland team competing in WorldSkills 2015.”

“GMIT Letterfrack is a National Centre for Excellence in Furniture Design and Technology and what better way to demonstrate this than by having one of our students competing on the world stage and representing Ireland in cabinetmaking in the WorldSkills Competition.  There is certainly consistency in the skills achieved by our students as previous competitors selected to represent Ireland in Cabinetmaking at WorldSkills were GMIT Letterfrack students Darren Barber from Drumcliffe, Co Sligo, who competed in 2013, and PJ Murphy from Ardrahan in Co Galway won a Medallion of Excellence for his performance having competed in 2007.”

“Our students also compete in the IrelandSkills National Competitions in Cabinetmaking and preform particularly well. In fact our students have won this competition for the last seven years consecutively”, adds Mr Clare.

GMIT Letterfrack offers a range of programmes in furniture design and technology and an undergraduate teacher training programme for students who wish to become teachers of Construction Studies and Design and Communication Graphics at post primary level.

GMIT Letterfrack students’ success in national competitions underlies the excellence of standards in teaching and learning at the campus which has approximately 260 students registered on degree and honours degree programmes in Furniture Design & Manufacture, Furniture & Wood Technology and Design and Technology Education. The college has strong links with industry with all students offered placements both in Ireland and overseas as part of their programmes.

For more information on programmes in the National Centre for Excellence in Furniture Design & Technology at GMIT Letterfrack, visit: http://www.gmit.ie/Life-at-GMIT/letterfrack or www.facebook.com/OfficialGMITLetterfrack or telephone 097-42653. 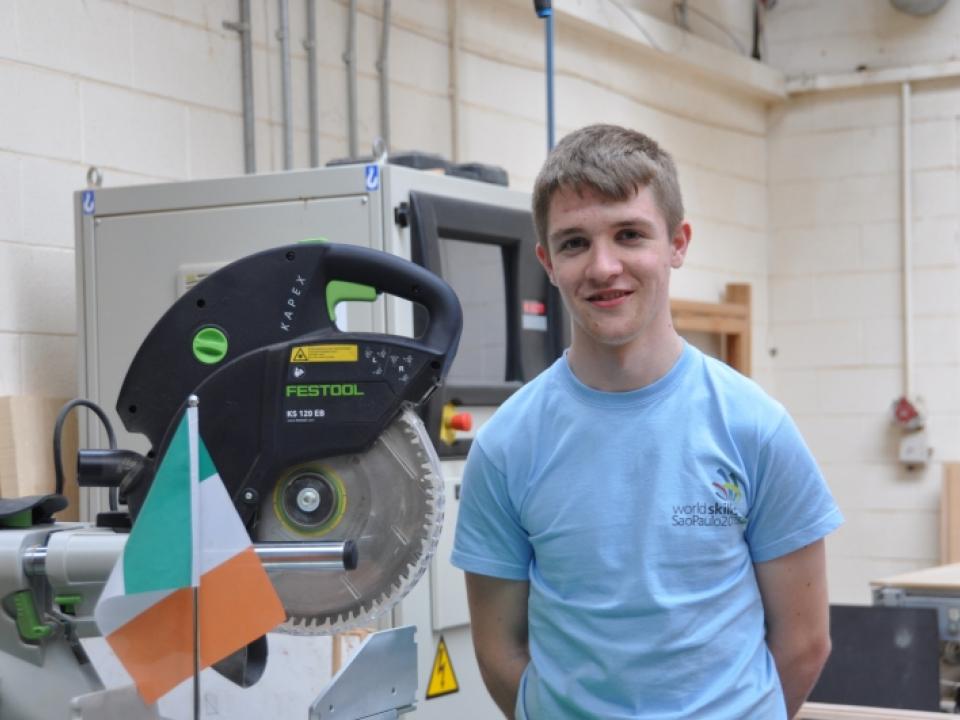