Culinary students from Galway-Mayo Institute of Technology (GMIT) scooped a range of top awards at this year’s IFEX Culinary Competition in Belfast, with Co Clare student Patrick Phillips winning ‘Student Culinarian of the Year’ for his three-course meal.

Patrick, from Cooraclare, who is in his first year of a Higher Certificate in Culinary Arts in GMIT’s Galway campus, won the top accolade for his starter of goats cheese parfait, main course of pan-fried monkfish and dessert of baked apple.

The 22 year old, who has always had a passion for food, originally studied towards a degree in architecture before deciding to switch to culinary arts last year (2012). During his first year in GMIT he won an academic scholarship for holding the highest points in the Leaving Certificate in GMIT’s College of Tourism and Arts.

Patrick’s achievement is all the more remarkable because he works with one hand, due to a congenital birth defect on his left arm.  In addition to his full-time studies in GMIT, he works  part-time (weekends) in Galway’s only Michelin star restaurant, Aniar, as a commis-chef

Speaking about his achievement in IFEX (Belfast) 2014, Patrick said he was thrilled to win Student Culinarian of the Year. “It’s very important to me to be known for my skills and talent as a chef, as opposed to being known as a chef working with a disability.”

“I really appreciate the well-structured education I’m getting in GMIT and also from Head Chef of Aniar Ultan Cooke and JP McMahon, proprietor. I can see myself developing greatly as a chef because of them.”

“I hope to have my own restaurant based on showcasing Irish food, one day. I also plan to travel to England and France for experience before I settle in Ireland, hopefully in Clare. I’m thankful for support from friends and family. They've been great.”

Other top awards went to first year student Elaine Boyle from Milltown, Co Galway, who won two Gold medals and the overall title for her novelty wedding cake (the  part-time student also runs her own cake business in Milltown); third year degree student Julia Babikova from Moycullen who won a Silver medal for her pastellage piece (of Galway Cathedral); second year culinary student Linda MacDonald from Sligo town who won a prize in the senior category for her lamb dish (she also works weekends in the G Counter in Galway city); and second year culinary student Zoe Keller from Portlaise, Co Laois, who won a prize for her novelty cake in a separate category.

The students were prepared for the competition by their culinary arts lecturers Mary Reid, Noel Frank O’Connor and Noel Loughnane.

Gerry Talbot, Head of Dept, College of Tourism & Arts, says the college is delighted with the students’ achievements in Belfast. “These competitions are great opportunities for our students to compete with other international students and to be judged by leading professionals in the international food industry.”

“They are all passionate food ambassadors for the culinary arts department in GMIT.”

For more information on programmes in GMIT’s College of Tourism & Arts, see: 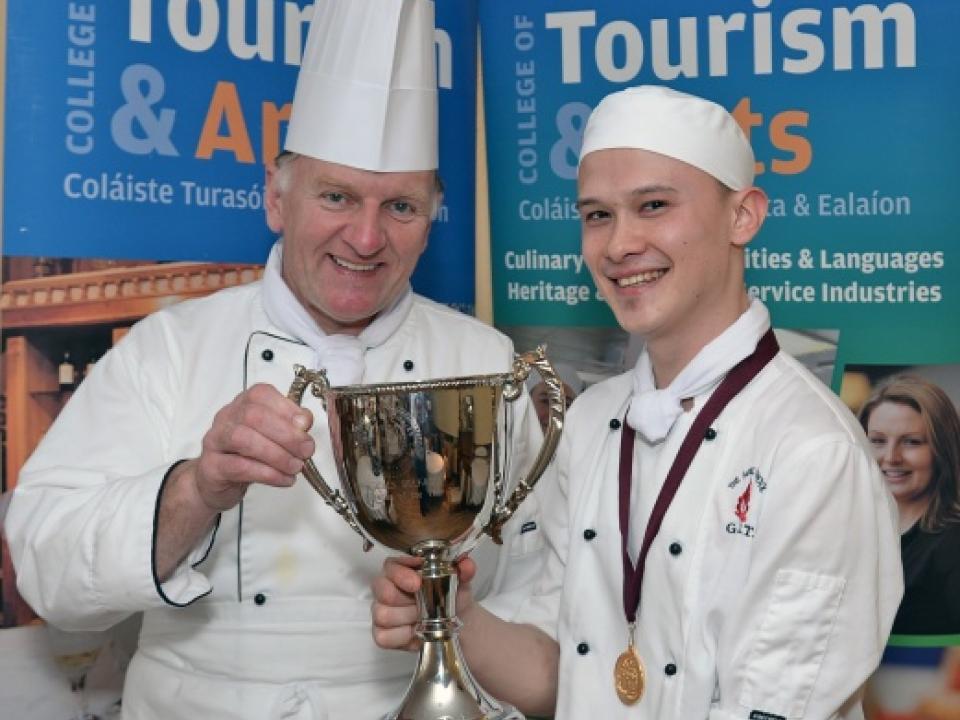 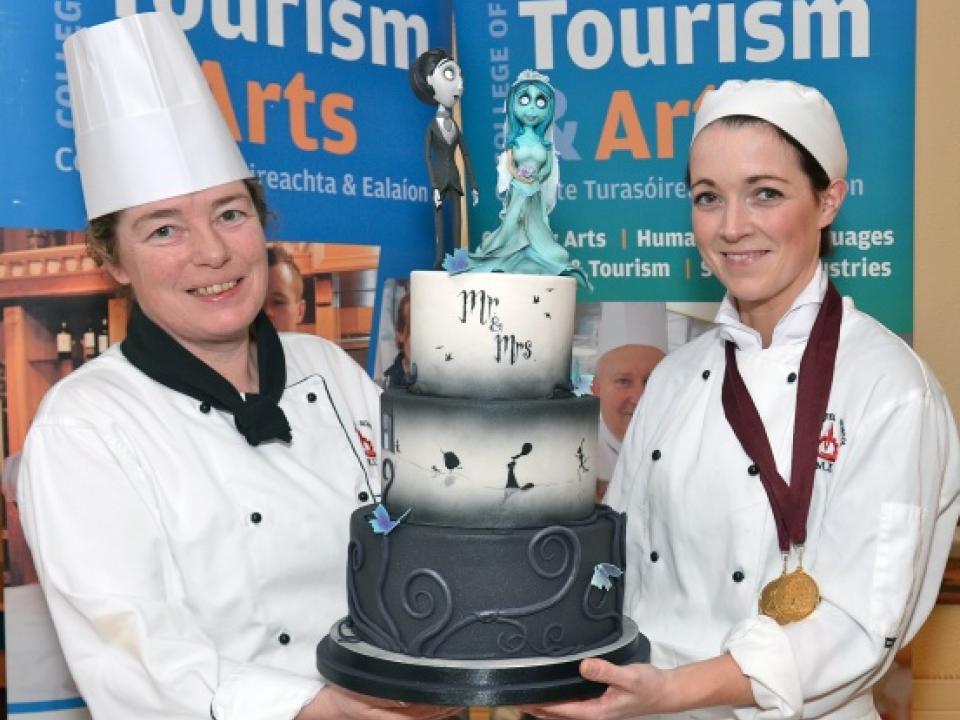 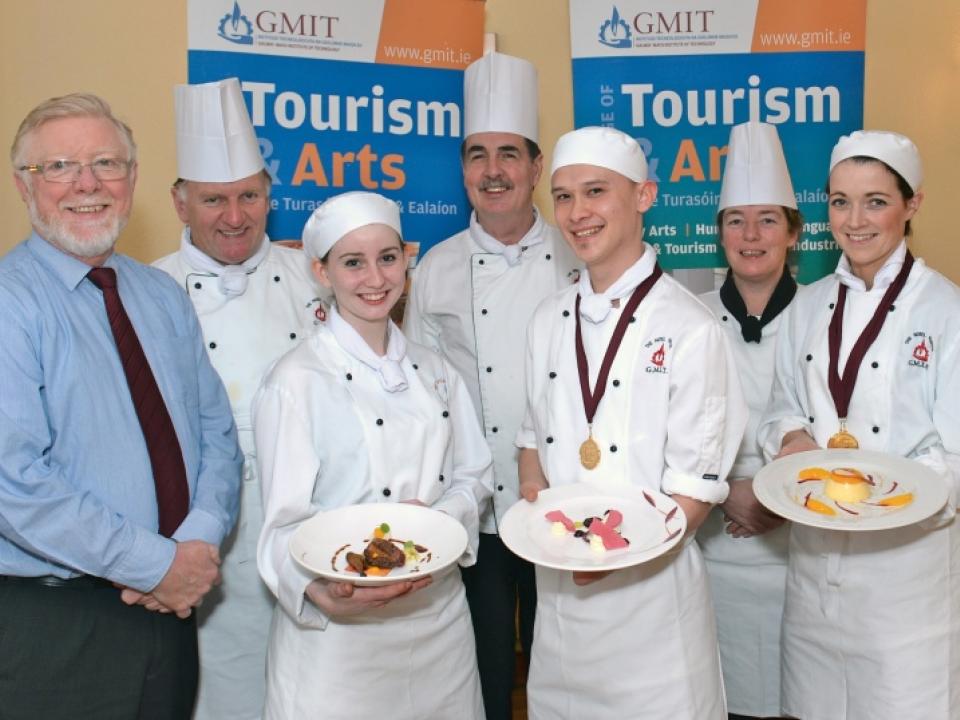 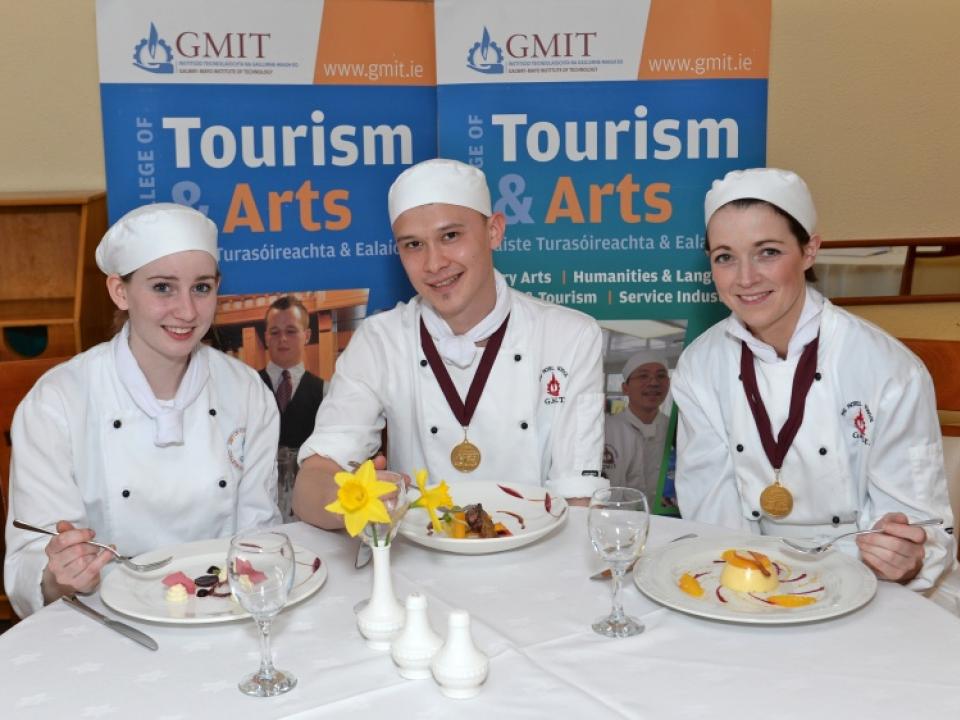